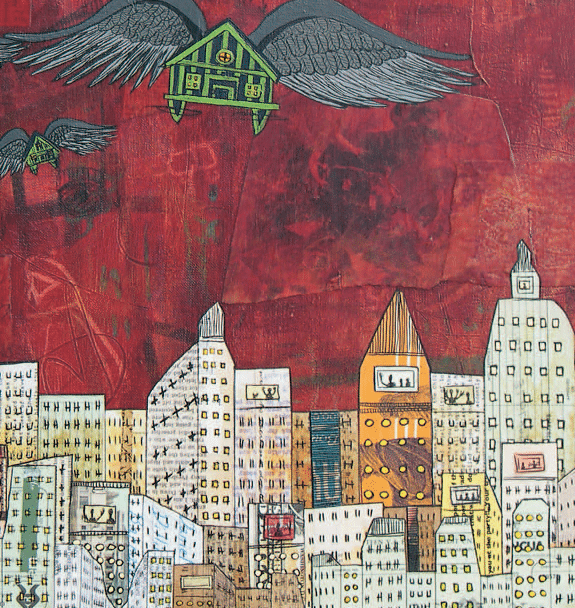 This article was originally published in the fall 2006 edition of the Nonprofit Quarterly.

Organization A has control over Nonprofit B to the extent that B is dependent on A for resources. This common relationship is the essence of resource dependency theory: the idea that organizations are not simply free actors, but are subject to the powers of outside forces. Managerial discretion remains, of course (within a limited range of choices), but larger forces loom over organizations and define what is possible for them. The predicament for many nonprofits is that B is supposed to be serving C, but must satisfy the conditions set by A.

For nonprofits seeking resources, this is their daily reality and existential dilemma. Formed for charitable purposes but existing in a market economy, nonprofits must come to terms with the world as it is if they are to gain access to the resources required to do their work.

Among the funders of nonprofit activity, the practices of imposing conditions and using targeted funding are considered valid methods for increasing the accountability and effectiveness of grantees. Whether they represent a government agency or a private foundation, these managers have authority over a finite resource with many requests from the outside. They conclude from previous experience the type of activities most likely to succeed, and seek the “biggest bang for the buck” by focusing and restricting their money to a narrow range of activities.

Just as the business world has gone through a transition from “managerial capitalism” (in which the captains of industry were in charge and made their own plans) to “investor capitalism” (in which corporations must foremost satisfy the demands of investors), the nonprofit sector is going through its own maturation to satisfy increasingly explicit conditions.

For nonprofit organizations, not all funding has an equal effect on the bottom line. Complying with the conditions attached to funding imposes direct and indirect costs and occupies the attention of managers and directors. Such conditions, which vary widely by field and funder, can easily slip into the realm of onerous when, for instance, multiple funding sources require very different tracking processes within the same program or when funders have not covered the accountability costs in their grants or contacts. The drawbacks of this situation are self-evident to anyone who has managed a nonprofit organization and should cause managers and directors to investigate the costs and benefits of every source.

There are, of course, other ways that the sources of funding force choices of strategy and program. These forced choices may have to do with the imposition of basic ideology or methodology, and may be explicit or covert.

Nonprofits should reject the notion that they can do nothing in the face of these forces, and instead consider a wider range of options. How can organizations reduce their resource dependency, and avoid simply being agents of the market, wealthy donors, or the state?

Self-Funding: This strategy involves being funded by the same people your organization serves, often in the form of dues or pro-rata shares of expenses. The long-lasting and widespread Alcoholics Anonymous program is one of the original self-help organizations. Much like a church, it takes up collections from those who benefit and operates largely through volunteers as speakers, organizers, and sponsors for AA members. Unlike most churches, however, it does not have the expense of dedicated sites and it employs minimal staff. It explicitly and by design will not accept outside funding out of a desire to maintain complete autonomy and stay true to an essential element of the AA credo—that taking personal responsibility and self-control also extends to the organization of its members.

Similarly, labor unions have relied on dues for a hundred years. But, for the most part, among civic and charitable groups the trend is moving away from democratic membership structures and self-funding. Some scholars have noted that this trend is harmful to civil society.

Independent sources of revenue: The attraction of social entrepreneurship and social enterprise is often expressed as an economic alternative to ordinary nonprofit dependency. Supported by creative thinking, consultants, and new organizations, parts of the sector formed to confront market failure are turning full circle to use the market as a solution to their own funding problems. As captured by the title of a book by Richard Steckle, Filthy Rich and Other Nonprofit Fantasies, enterprise is alluring, but rarely successful as an overall funding strategy. The risk here is goal displacement, and sometimes beneficiary displacement (the evolution of the YMCA movement, the social work profession, and various other organizations illustrate this effect). Of course, museums, theaters, and private higher education actively pursue enterprise, participating actively and energetically in the market economy and often aiming at the same high-net-worth individuals who might also provide large contributions. In this case, the organization is serving and supported, in large part, by the same people. Scholarships or specially funded programs provide access to other economic groups. In some cases, nonprofits that are heavy in restricted funds will use a small-scale endeavor to provide a buffer of unrestricted funds that may be used to provide a small measure of programmatic freedom. These endeavors are as fragile and challenging to manage as any small business, requiring intensive care and feeding.

The most liberating independent source of revenue would be a large bank account, an endowment, or the frequently wished for lottery winnings. Organizations with large endowments are better positioned to think long term, negotiate more favorable terms with their funders, and generally chart their own course. For most organizations this truly is a fantasy. The location of endowments tends to mirror the larger wealth distribution of the rest of the economy, and are held primarily by organizations that serve wealthy constituencies and have elite boards.

Diversification: The most common strategy to reduce dependency on any single revenue source is for organizations to buffer the power of their suppliers by increasing both the number of suppliers and the types of revenue. Managers of office buildings try to avoid having any single tenant rent a disproportionate share (to mitigate economic risk when they depart), and buyers and sellers of any number of goods and services follow the same strategy. Nonprofits have a measure of greater autonomy when the largest single funder provides a small share of total revenue, though this can be outweighed by the cumulative burden of having to adhere to the conditions of all the funding sources.

Sub-market economies: Organizations sometimes create their own economies, complete with a parallel society with its own sources of products and services. Sub-markets have been created by various religious and counterculture groups with varying degrees of success (the Amish, Black Muslims, Utopian communes, etc.) and by economic collectives outside the U.S. (Grupo Social, Mondragón, etc.). In each of these cases a strong social and political network is formed, sufficiently committed to the endeavor of taking collective risk for collective reward. Sub-market strategies are of increasing interest to advocates who wish to see a network of local economic ventures as a viable alternative to global corporate domination (resources on this topic are available at http://www.zmag.org/parecon/, see also “Our Updated Challenge: Building the (Co-) Ownership Society” an interview with Gar Alperovitz in the Summer 2005 issue of NPQ).

Establishment of influence over funders: Organizations can develop their own capital to exchange with government or private funding sources with influence derived from hard won political and social credibility. External sources of funding also have resource needs—political legitimacy, public recognition, reliable contractors, community information, and fulfillment of legal mandates (payout requirement, categorical funding requirements, etc). Establishing a strong negotiating position for an organization is a long-term strategy with few short cuts, and requires the organization to develop the skills to maximize what it brings to the table and minimize alien or adverse conditions attached to funding.

The cluster of characteristics includes:

Finally (and not for the naïve):

Establishment of shared purpose with elite networks: This approach requires an alignment of goals and interests between an organization and potential sponsors—whether corporations, celebrities, institutional donors, prominent elected officials, or wealthy individuals. This strategy is risky, given the unequal bargaining power, though many organizations believe they can balance the quality of their conversations between those intended to benefit from a nonprofit endeavor and those who can fund the endeavor. Long-term commitments are rare, given the limited attention spans of institutional and individual donors, and may leave organizations vulnerable when their financial interests diverge.

Most nonprofit organizations have a natural desire to serve as independent centers of initiative and creativity, and regret the extent of their resource dependency. Reducing the effects of that dependency is a principal governance and management responsibility, which requires continuous and active attention.

More about: Financial ManagementManagement and Leadership