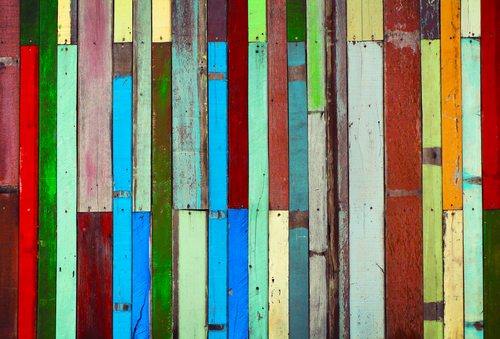 No industry ever seems to be willing to disclose the diversity of its workforce—that is, the workforce at high levels of compensation and power—without a fight. It’s certainly true of the foundation community, which did everything it could to scuttle a bill proposed in the California state legislature in 2008 that would have compelled large foundations to disclose the racial and ethnic diversity of their executive leadership, board members, and grantmaking (covered extensively in Nonprofit Quarterly here, here, and here). Now the same is true for the financial services industry, which doesn’t want to agree to a pending new rule emanating from Dodd-Frank that would compel similar racial/ethnic disclosure on the part of the banking industry. As Patrick Caldwell writes for Mother Jones, “They don’t want the government or public to know about the diversity—or lack thereof—within their industry.”

As of 2011, management of financial services firms was 81 percent white; African-Americans occupied only 2.7 percent of senior level staff positions. Racial diversity does not equate to racial equity in terms of policies and practices, but it is important data nonetheless to determine who occupies the seats of power in an industry and who benefits from its financial prowess.

The revelations that would have been required of foundations in California would not have mandated any changes in foundation grantmaking, or anything else for that matter, but foundations of all stripes engaged in a high stakes lobbying effort to get legislators to kill the legislation, the famous Assembly Bill 624, and substitute a voluntary agreement for foundations to pay more attention to building the grant-receiving capacities of people of color-led nonprofits.

The Dodd-Frank requirement of financial institutions is even thinner than what California would have required of foundations; according to Caldwell, it’s “a simple request that the banks conduct self-assessments based on a few best practice guidelines.” But the banks have taken to the streets, or more accurately the corridors of the Capitol, to lobby against the requirement.

In opposing the self-assessment regulation, the Chamber of Commerce wrote that this is nothing more than an effort to create and enforce “certain standards or metrics relating to ‘diversity’…[which might lead regulated banks to] run afoul of federal workplace requirements by, for example, engaging in ‘reverse’ discrimination.” The Missouri Bankers Association said that the proposed requirement was akin to a “government mandated affirmative action program.” A joint complaint filed by the Financial Services Roundtable, the American Bankers Association, the Consumer Bankers Association, and the Independent Community Bankers of America charged that the Dodd-Frank requirement could overstep the rule of law by forcing companies to explore diversity policies, and the resulting information could “be taken out of context all too easily and misused.”

The echoes of the foundation arguments in California are easy to discern.

Mother Jones makes the point that diversity self-assessments of banks are important because of the disproportionately negative effect that bank policies had on people of color during the massive and, to our belief, still continuing problem of mortgage foreclosures. Large proportions of the population of African-American and Latino owner-occupants lost their homes to foreclosures, reversing decades of improvement.

There might be another, very current reason for the financial services sector’s reluctance to look at its top-level racial and ethnic diversity. Just this week, it was revealed that the average Wall Street bonus in 2013 was 15 percent higher than in 2012. The average bonus in 2013? $164,350. Based on their profitable 2013, Wall Street firms will pay their employees a mere $26.7 billion—yes, billion—in bonuses for the year. According to the Institute for Policy Studies, just the $26.7 billion bonus pool alone (going to 165,200 Wall Street employees, though some will do certainly much better than the average) is almost double the full-time annual pay for all 1.085 million Americans who work at the federal minimum wage level of $7.25 an hour. These Wall Street bonuses are back at pre-recession levels, but inflation-adjusted incomes for the bottom 40 percent of Americans have declined by nine percent.

In the foundation world, around the time of the efforts in California and the reports from the Greenlining Institute that revealed some shortcomings in foundation racial and ethnic diversity, foundations coalesced and funded something called D5, which says it is “focused on encouraging foundations to take voluntary action to advance diversity, equity, and inclusion because we believe philanthropy has been successful in tackling some of the nation’s biggest problems effectively, without outside intervention.” D5 supports and disseminates a number of tools and reports to help foundations adopt policies and practices that will support “diversity, equity, and inclusion.” A very recent report for D5 on foundation DEI practices in the philanthropic literature noted that foundations are doing a little better on adopting policies to promote diversity and inclusion, but progress on equity is lagging: “Equity requires greater intentionality by philanthropies. The literature offers fewer examples across fewer foundations pertaining to work around the indicators of equity, and these are seldom tracked for explicit attention to equitable results.”

Expect the same from financial services institutions. Encouraging policies and practices “without outside intervention,” the banks will undoubtedly tout how much they are accomplishing through best practices, produce their own compilations of information from the “literature,” and show examples of big firms doing exactly what the D5 report recommended for foundations—committing to diversity, adopting diversity/equity/inclusion policies, implementing DEI practices. But the revelation will be the same from these voluntary actions: equity will be the most elusive of the outcomes, people of color will still lag behind others in homeownership or exceed other groups in foreclosure rates, and the bulk of the financial services sector’s economic prosperity, particularly its massive payrolls, will continue to exacerbate the nation’s economic inequality.—Rick Cohen