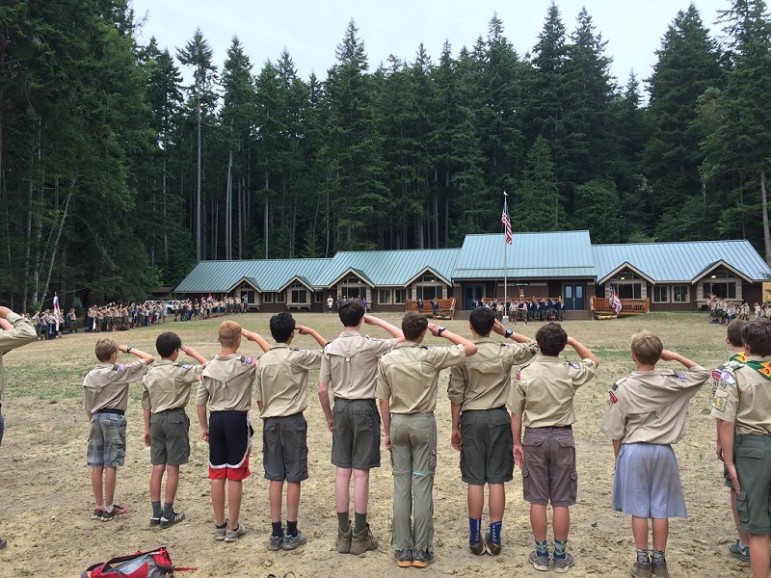 Some members of the Boy Scouts of America will have a harder time participating in one of the organization’s main activities this summer—camping with fellow scout troop members. Following the action of the Three Harbors Boy Scout Council in Wisconsin, which closed two of its scout camps last summer, the Pacific Harbors Council voted at the end of 2015 to close four of its Boy Scout camps by the end of this year. Three camps have closed already.

Citing an annual operating loss of $200,000, the Pacific Harbors Council leadership felt that this was the best option. Now, it plans to focus on properly maintaining one remaining location: Thunderbird. However, many parents are frustrated by not being included in the discussion on this seemingly quick decision. The last camp scheduled to close, Camp Curran, home of Troop 629, will remain open until it can be determined where to relocate the troop. Parents of scouts in Troop 629 are exploring the option of creating a nonprofit to take over the Camp Curran property so that it can remain a Boy Scout camp.

The Pacific Harbors Council is not the only one facing camp closures. The Laurel Highlands Council, covering counties in Western Pennsylvania as well as a couple of counties in Maryland and West Virginia, is taking a hard look at how it can better manage the costs of its 12 camps and three service centers. Ongoing conversations include discussions about closing some locations and doing more to promote others. Critics are concerned that funneling more scouts into fewer camps at any one time can diminish some of the wilderness aspects of the camping program. The council finished its 2014 Fiscal Year more than a half-million dollars in the red and has seen a steadily declining membership since 2008. Both issues prompted an evaluation of all the Laurel Highlands Council properties. Each was evaluated on several points, including whether or not there was potential to realize revenue from natural gas drilling rights.

In addition, the Michigan Crossroads Council is also planning to close five of its 12 camps in 2016. As with the councils in Washington and Pennsylvania, financial sustainability was cited among the reasons for the proposed closings. The Three Harbors Council also decided to close two very remote camps based on declining use and some parents’ discomfort.

The Boy Scouts of America has had its share of issues over the last few years. Nonprofit Quarterly has covered these problems, most recently those relating to issues about gay and lesbian adults and family members of current scouts. And, as was reported by Nonprofit Quarterly last November, despite a membership boon, the Utah National Parks Council has had to reduce its staff since fundraising revenues were less than expected. Revenue issues in Utah specifically are attributed to the organization’s more open policy on gays and lesbians, and how it conflicts with the tenets of the Mormon faith. Fifty-five percent of Utah’s population belongs to the Church of the Latter Day Saints.

However, the declining Boy Scouts of America membership cannot only be linked back to recent policy changes within the organization. A retiring executive of the LaSalle Council in Indiana noted that there are more competing activities for potential Boy Scouts. Also, public schools, which used to allow scout leaders in to talk about the program, are no longer allowing that to happen. While he did attribute some of the membership decline to the issues surrounding inclusion of gays and lesbians, his sense was that it had more to do with extracurricular competition.—Kelley Malcolm