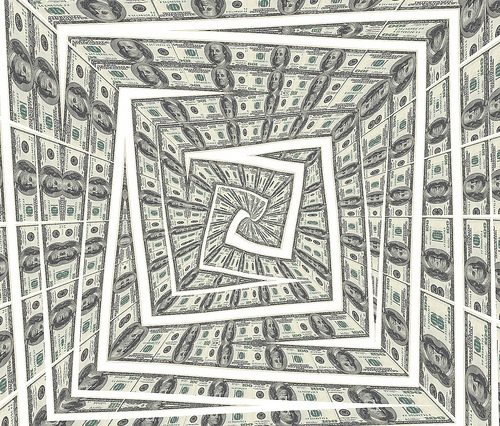 I remember when, decades ago, a community foundation in the Northeast decided to study the outcome of a grants initiative to build fundraising capacity at local nonprofits. Many of those grants were targeted to seed the funding of a development director under the assumption that the position would pay for itself many times over in subsequent years. The outcomes, long term, were not good. In fact, many of those hired under the special grants soon left and the organizations’ budgets were as depressed as ever (as were the executives of said organizations).

At the time, many believed that the problem was in the idea that you could insert a fundraising position into a nonprofit and that that step in and of itself would result in better fundraising. And why not? It is logical to believe that an organization with a powerful mission but no one to organize a fundraising program would benefit from foundation seed funding to create such a position.

The only problem was, in many cases, it just did not work and many smaller nonprofit organizations and boards have spent the ensuing 20-plus years chasing the dream of the magically effective development director only to be disappointed by the results when they actually bring someone into that position.

Now comes an excellent report by CompassPoint Nonprofit Services and the Evelyn and Walter Haas, Jr. Fund titled “Underdeveloped: A National Study of Challenges Facing Nonprofit Fundraising.” The report starts with an acknowledgement of the fact that, in many nonprofits, the development director is a “revolving door” position. Moreover, many organizations with the position on the books will leave the position open for periods that stretch from six months on out to two years or even more in some cases.

The report finds that this position is just plain unstable in many organizations and is often plagued with high turnover, long vacancies, issues with performance and a lack of commitment to development as a career among development directors. What is a nonprofit to do to interrupt the cycle?

The report surveyed more than 2,700 executive directors and development directors nationwide and what it found was that, when it comes to the development function, many organizations are caught in a vicious cycle: the pre-conditions for success are not present, so the development function experiences volatility. This often includes extended periods during which no one is on the job, which exacerbates the problem in missing out on pre-conditions for success and thus makes the next person’s job that much harder.

According to the report, turbulence and turnover in the development position is widespread, though worse in smaller organizations. More than half of the executive directors surveyed felt that their most recent hiring process for the position had attracted an inadequate pool of qualified candidates. For those nonprofits with development directors currently on staff, the level of satisfaction with them increased with the size of the nonprofit’s budget. That’s not surprising, but most shocking is the fact that 25 percent of executives surveyed in the report state that their organization’s most recent development director was fired—and 62 percent of those firings were for performance inadequacies. This is little wonder since executives surveyed reported that 26 percent of development directors overall (and 38 percent among smaller nonprofits) are novices when it comes to securing gifts. This does not denote a great deal of confidence.

Before we go any further, it is worth mentioning that there is a world of difference in the salaries of development directors surveyed working in organizations with budgets of less than $1 million ($49,141 average), those surveyed working in organizations with budgets of $5 million to $10 million ($80,015 average) and those working with budgets of $10 million and up ($100,127 average). Unsurprisingly, a much higher percentage (23 percent) of development directors making less than $50,000 are seen as novices at securing donations in comparison to those making more than $50,000 (eight percent).

Those working in nonprofits with budgets under $1 million had less at hand to work with since 32 percent of those surveyed reported having no fundraising data base and 31 percent had no fundraising plan in place. On-the-job training for these development directors may be something of a crapshoot, as well. According to the report, while 79 percent of executive directors surveyed agreed that they should be competent in securing gifts, 26 percent said they were novices in this area as well.

Mostly Not Great: The Development Director Picture in Organizational Context

As for boards and development directors, must we even say it? Boards don’t appear to be making the development director role much easier. Predictably, 75 percent of executive directors surveyed (and 82 percent of executives surveyed from organizations with budgets of less than $1 million) say that board members are not sufficiently involved in fundraising even though 64 percent have board fundraising committees in place. Sigh.

So what have we learned from this report? The position of development director often:

One interesting point that is, perhaps, a bit counterintuitive deals with respondents’ feelings about their organizations’ culture of philanthropy, which the report discusses in some detail:

“While familiar to fundraising professionals, the term culture of philanthropy is not yet well understood nor commonly used across the sector. Not to be confused with institutional grant making or the act of giving money as a donor, a culture of philanthropy refers to a set of organizational values and practices that support and nurture development within a nonprofit organization. For the purposes of this study we used the following definition: Most people in the organization (across positions) act as ambassadors and engage in relationship building. Everyone promotes philanthropy and can articulate a case for giving. Fund development is viewed and valued as a mission-aligned program of the organization. Organizational systems are established to support donors. The executive director is committed and personally involved in fundraising.”

The counterintuitive point is that even though larger organizations generally had better fundraising results, they were also more likely to report that they lacked a culture of philanthropy (as 50 percent said they did) than the smallest organizations surveyed (of which only 38 percent said they lacked a culture of philanthropy). The report speculates that this may be due to the fact that development teams in larger organizations may be more professionalized and departmentalized, but the study found that:

The “Underdeveloped” study makes a number of calls to action but those that we find most compelling have to do with the need for nonprofits to shift their mental models on development. The authors rightly point out that if executives and the board don’t love asking for money, that attitude may be infusing the organization with a sense of ambivalence. If executives and boards are heated about getting the money in the door but unable to enthusiastically integrate it into their work, they may be expecting a lot of the development director position at the same time that they are isolating or marginalizing it—and dooming it to failure.

The idea of cultivating a culture of philanthropy in nonprofits, is certainly not new and there should be no “aha!” in this idea for nonprofits. For those of us who need donations and contributions in order to function at high capacity, ignoring the need to focus more organizational attention on pre-conditions for success is tantamount to a business ignoring persistent major problems (pricing, marketing, competition) in one of its core transactional areas. It creates a lack of sustainability and, yes, credibility. Fundraising cannot be tangential to our work. It is part and parcel of it and to make the whole deal work properly, we have to be sure that we are not repeating patterns that lead to underperforming.

There is no doubt that it is more difficult for smaller organizations without adequate budgets and tools but the world of development has changed significantly over the past decade and in this new networked world, there are certainly ways for philanthropy and capacity-builders to ease those issues…but in cases where the barriers in our way are a lack of institutional enthusiasm for the task? As the authors say, it is time for a new embrace.

NPQ would love to hear your thoughts on how we might begin to restructure our thinking and practice as far as development and development directors are concerned. What have you tried in your own practice and how did it work? We want to hear your strategies.