Firings of Editor, Publisher Point to the Turbulence in Nonprofit Journalism 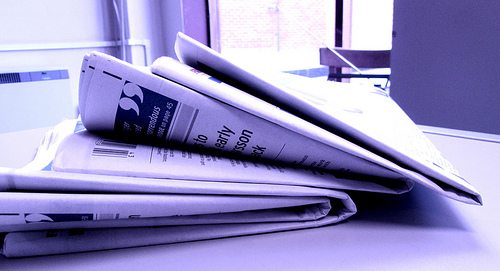 In late May, El Paso’s Newspaper Tree, a nonprofit news organization, fired both its publisher, Louie Gilot, and its editor, Reyes Mata III. The only employee left is investigative reporter Debbie Nathan.

The backstory, according to El Paso Inc. reporter David Crowder, is that the Newspaper Tree has been waiting for federal approval of its 501(c)(3) application for more than a year. A year is an awfully long time to wait, even for the IRS, but there is no question that the IRS has been struggling with how to identify and define a nonprofit newspaper. The IRS does not recognize journalism as a charitable purpose, forcing nonprofit newspapers to apply for 501(c)(3) status based upon their civic education roles and to be careful about looking too much like a commercial newspaper.

Crowder reports that the president of the board of the Newspaper Tree would not discuss why Gilot and Mata were dismissed, and other board members wouldn’t talk on the record either. Board president Richard Pineda, an associate professor in the Communication Department at the University of Texas at El Paso, said that the Newspaper Tree would get going with published stories once the IRS gives approval to the (c)(3) application.{loadmodule mod_banners,Newswire Sign Up Plea}

The Newspaper Tree appears to have been a private online newspaper founded in 2003, but “essentially ceased operations in October 2009,” Crowder notes, “when paychecks bounced and editorial employees were sent home.” The name and archives of the Newspaper Tree were purchased in December 2009 by the El Paso Community Foundation, which pledged to reestablish the Newspaper Tree as a nonprofit news operation focused on investigative reporting and neighborhood news. It applied for its (c)(3) status about 14 months ago. Its initial funding was reportedly a five-year pledge of $500,000 by two El Paso businessmen and a $203,000 start-up grant from the Knight Foundation.

Crowder’s story doesn’t have much to say about the circumstances surrounding the firing of the editor and publisher. However, in light of additional stories of layoffs at the flagship nonprofit news operation, Voice of San Diego, it seems that the nonprofit avenue for resuscitating journalism, especially investigative journalism, is not without bumps in the road.—Rick Cohen