Five Things Your Nonprofit Should Do Between Now and Election Day 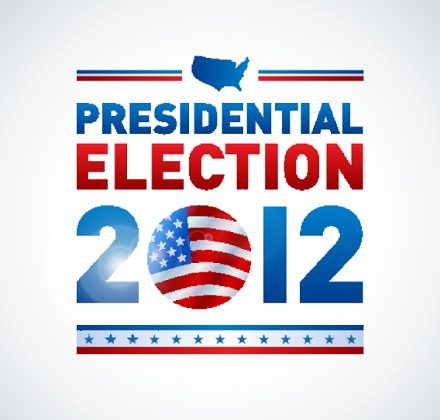 Through nonpartisan voter registration and engagement activities, nonprofit organizations play a critical role in bringing low-income, minority, and other underrepresented populations into the voting process. According to a recently published study of nonprofit human services organizations in Detroit, clients who received “get-out-the-vote” contacts from their social services agency were 17 percent more likely to vote than those not contacted. While even one such contact made a difference, the likelihood of voter turnout increased with additional contacts.

With voter registration either closed or soon to close in most states, many direct service nonprofits may think that it’s too late to have much of an impact on citizens’ electoral participation. The truth is that there is still a lot that can be accomplished between now and the election to encourage widespread voting. “Nonprofits have a unique role in our society and have earned the trust of millions who are considered vulnerable in our society,” says Michael Weekes, board chair of Nonprofit VOTE, a national nonprofit voter engagement organization. “These nonprofits, particularly those providing services, register their clients, consumers, staff members and others to vote, and currently, they are focused on strategies to get out the vote on November 6.” Here are five things that your organization can do right now to increase the number of people who vote in the next election.

1. Make an Organization-Wide Commitment to Get out the Vote

For organizations that operate within marginalized communities, voter engagement helps people who have traditionally avoided civic participation understand how they can have an impact on systems and processes that they have always seen as outside of their lives. By helping people exercise their right to vote, nonprofits help build the self-esteem of people who have historically felt powerless. Nonprofit organizations should commit to getting out the vote through all levels of the organization, from leadership to staff. Before engaging with clients, organizations should ensure that staff are all registered to vote or have made a pledge to vote.

“Nonprofit Vote is currently operating a ‘Track the Vote’ program nationwide,” says Weekes. “More than 20,000 clients, consumers and others are expected to register to vote or pledge to vote as a direct result of the program. In Massachusetts alone, six [organizations providing human services] have signed up more than 1,200 people who have pledged to vote on Election Day.”

2. Talk to People about Voting

The most effective means of voter engagement is personal contact. Direct service agencies are seen as trusted resources by the communities they serve; relationships with staff, constituents and communities are one of a nonprofit organization’s greatest assets. For voter engagement work, there’s no substitute for talking to constituents about the importance of voting and asking them whether they plan to vote.

“As 501(c)(3) nonprofits, we can’t endorse candidates, but we can endorse voting,” says Jeff Narabrook of the Minnesota Council of Nonprofits.” Narabrook advises nonprofits to stick with positive messages. “Tell people that it’s their voice and their vote and that they deserve to stand up and be counted,” he says. “Scale back voter suppression talk or other negative messages that make voting seem confusing or hard. Assume that people plan to vote and then help them to do that.”

Research has shown that being asked to think about or visualize your plan to vote increases the chance that you will vote. As such, some effective questions to ask voters are: “Is your registration up to date?” “Do you know where your polling place is?” and “Are you voting in the morning or after work?”

3. Remind People to Vote and Help Them to Do It

According to a report on the 2008 elections from researchers at Caltech, Harvard, MIT and the University of Utah funded by the Pew Charitable Trusts, the JEHT Foundation and the AARP, 1.9 million votes in the last general election were “lost” because voters could not find their polling places. Nonprofit organizations can help make voting easier by reminding clients to vote, helping them locate their polling location, and assisting them with voting. Some organizations provide clients with rides to polling places while others assist clients with creating a plan of what to do on Election Day.

“Democracies work when people participate,” says Deb Ross, executive director of Funders’ Committee for Civic Participation. “There’s a great need that nonprofits can fill by helping those they serve understand how to navigate the election process. If nonprofits could do that for every person they touched, it would make a tremendous difference in including the voices of communities they serve.”

4. Avail Yourself of Tech Tools

Voto Latino has a smartphone app available for both iPhone and Droid that lets users quickly register to vote and provides updated voting information. In addition, the app connects voters with their social media networks, matches voters to candidates who share their values on key issues, provides information on where to vote and what to bring to the polls on Election Day, and highlights Voto Latino’s 2012 PSA content, which features positive messages from celebrities such as Wilmer Valderrama, Demi Lovato, and Michael Péna.

The Voting Information Project (VIP) offers an array of cutting edge tools that provide voters with access to customized election information to help them navigate the voting process and cast an informed vote. VIP works with election officials across the U.S. to ensure that this information is up to date and accurate. Examples of technologies available include embeddable tools from Microsoft and Google that nonprofits can put on their websites to help voters find their polling places, know what information is on their local ballot, and know what identification, if any, they need to bring to their polling place.

Voting is contagious. The more you can build an atmosphere of excitement and a sense that everyone is doing it, the more successful you will be with engaging voters. Sharing voter engagement success via social media is also a great way to communicate to your community that this is an issue that your organization cares about.

On Election Day, staff should not only be prepared to answer questions on where to get help voting and how voters can find their polling locations, but should also continue asking everyone if they voted or need help voting. The most important thing nonprofits can do is to empower voters is to keep the atmosphere of voting upbeat. Election Day parties are a great way to bring together clients and staff. If your state allows early voting, you can even host an event to bring people together to get out the vote early.

“The research is persuasive: a client’s probability of voting increases with multiple contacts from our nonprofit community,” says Nonprofit VOTE’s Weekes. “Furthermore, those likely to vote are more likely to encourage their family and friends to vote. When the nonprofit sector mobilizes around get out the vote efforts, the community mobilizes as well, increasing voter participation and civic engagement. The strength of our democracy depends on members of the nonprofit community to be fully engaged in local and national elections.” NPQ would love to know (see the comments section below) what your nonprofit is doing to help get out the vote.

CORRECTION: An earlier version of this article misspelled the last name of Nonprofit VOTE Board Chair Michael Weekes. NPQ regrets the error.