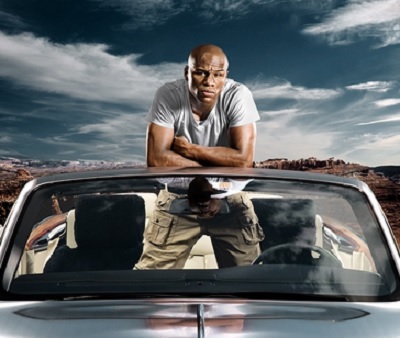 Floyd Mayweather made a stupendous amount of money, upwards of $200 million perhaps, for pummeling Manny Pacquiao around the ring the other night. Some portion of that sum will presumably end up in the Floyd Mayweather Foundation.

But the Mayweather Foundation hasn’t given out very much—$500 in 2013, $40,695 in 2012, nothing in 2011, nothing in 2010, nothing in 2009, and nothing in 2008, though in some of those years, other expenditures of the foundation might have been construed as program services of a charitable sort, such as $100,000 for “Superfest” in Las Vegas in 2009 and $30,273 in “direct aid” in 2008. Reportedly, Mayweather intends to devote himself more to the foundation after he retires from boxing. He has hinted that he might retire with his record, as a result of the Pacquiao victory, at 49-0, just like Rocky Marciano. His sponsorship of a Fight 4 Fitness 5K run in Las Vegas just last month might be evidence of his increasing philanthropic interest.

Mayweather has done other things with his money, some a little weirder and more disturbing, such as sponsoring a “strip-off” for exotic dancers. He might have considered doing something more substantive for women than a strip-off, but that would have required owning up to his record of sexual abuse.

According to Lancaster Online, Mayweather has multiple convictions for domestic battery and violence, though his longest stretch in jail was 60 days for punching and kicking the mother of three of his children in the head as she lay on the ground. There were some in the sports world who actually campaigned against people shelling out the $100 or so to watch Mayweather-Pacquaio on pay-per-view because of Mayweather’s history of domestic abuse. The Orlando Sentinel’s David Shipley described Mayweather’s record in brief but disturbing detail:

“Mayweather’s rap sheet goes back 13 years when he got a six-month sentence for domestic violence and misdemeanor battery. It was suspended and he served two days of house arrest.

“In 2004 he got a one-year suspended sentence after being convicted on two counts of misdemeanor battery against two women. In 2010 he was charged with a variety of felonies and misdemeanors after an incident with Josie Harris, the mother of his three children.

“The police report said Mayweather punched her in front of two of the children and yelled that he would ‘beat their asses if they left the house or called police.’

“Doctors reported Harris suffered a concussion and bruises to the back of her head. Mayweather faced 34 years in prison. After the lawyers were through, he got a 90-day sentence and was out early for good behavior.”

Read the police report that Mayweather’s son Koraun wrote about having witnessed the beating: 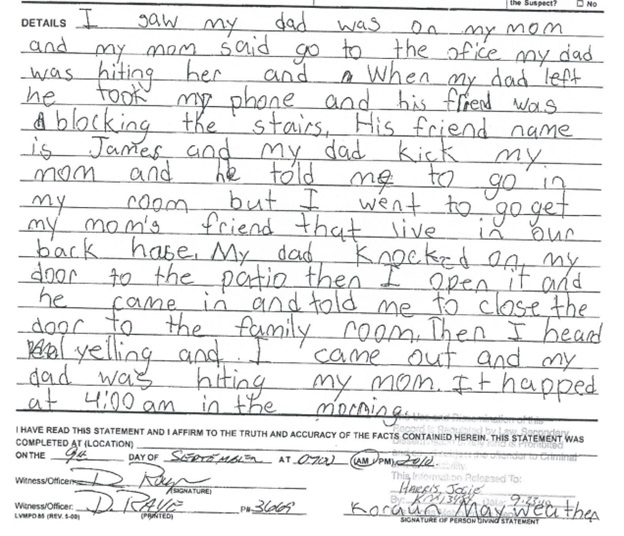 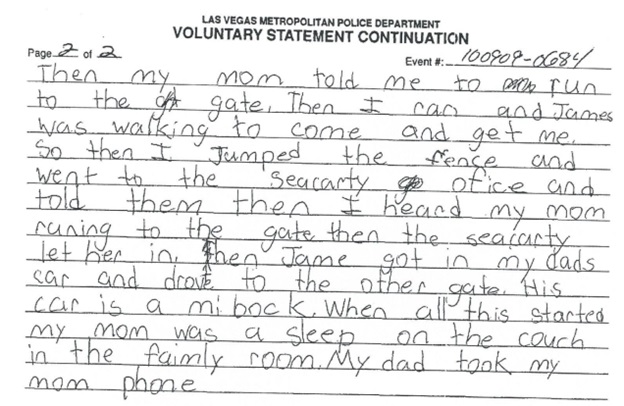