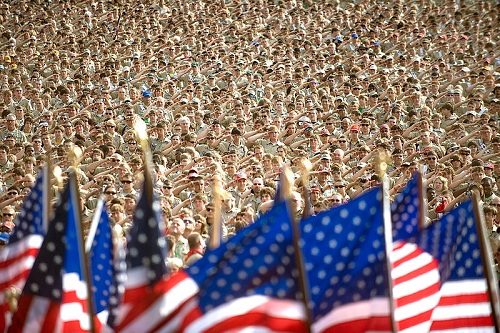 The Nonprofit Quarterly newswire has often reported on events surrounding the Boy Scouts of America’s long-term, unilateral ban on involvement of gay scouts or scout leaders. Most recently, NPQ reported in February on a meeting of the national Board of Directors of the Scouts in which the idea of lifting the ban was to be addressed. As protesters gathered outside the meeting hall, the Board suddenly chose not to put the discussion on their agenda, saying it required additional study.

Now the Scouts are facing a new challenge. The Sacramento Bee reports that a bill has advanced in the California Senate that would repeal the tax-exempt status of any youth organization that discriminates on the basis of gender identity, sexual orientation, or religious affiliation. Senate Bill 323 has cleared the Senate Governance and Finance Committee on a party-line vote of 5-2.