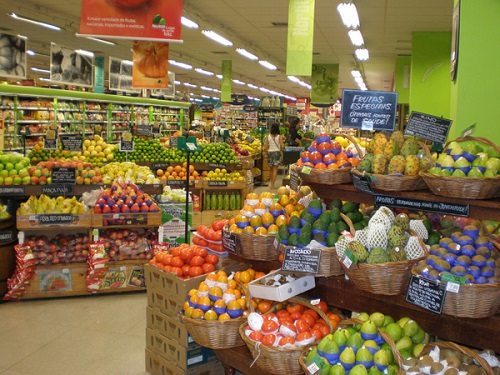 Benjamin Chrisinger argues in Planetizen that the cut in food stamp benefits that took effect in November when a stimulus-related boost in food stamps sunsetted “strip[s] low-income neighborhoods of buying power…thwart[ing]…efforts to address the nation’s food desert problem.”

According to the federal government, 80 percent of food stamp dollars are spent at supermarkets or supercenters, not neighborhood groceries or other stores that don’t offer a comparable package of goods and services to consumers. Getting new supermarkets to open up in “food deserts” has been a priority for governmental authorities, but Chrisinger suggests that the food stamp cut hurts supermarkets in food deserts that might be counting on food stamp-generated cash flow. He says that in some neighborhoods, retailers might count on food stamps for more than 30 percent of their total sales.

One of the challenges to opening supermarkets in food deserts is the perception that low-income neighborhoods have insufficient purchasing power. The cut in food stamp benefits could make some people think that the already limited purchasing power in these neighborhoods is being reduced further. Although nonprofits such as the Reinvestment Fund and the Food Trust, both Philadelphia-based groups, have been promoting the market viability of low-income neighborhoods, Chrisinger implies that the food stamp cut might disrupt the “undeniably delicate financial balance” that keeps supermarkets operating in former food deserts. Despite a variety of possible coping strategies that food stamp recipients might try, “we cannot deny the most likely—and tragic—outcome, where individuals and families cut back on the amount of food purchased,” Chrisinger writes. “With reduced buying power in the communities they serve, supermarkets in low-income areas, including former food deserts, must expect reduced sales.”

Advocating against prospective food stamp cuts are food banks, one of which predicts “a SNAP-generated ‘Armageddon’” if they happen, and the grocery industry, which of course benefits from families with more food-buying power. Chrisinger questions why food-access advocates haven’t been equally as vocal on the food stamp cuts, given how their efforts to bring supermarkets into food deserts might be affected.

Chrisinger’s perspective is interesting. Most of the discussion of food stamps is about the impact of the cuts on individuals and families. His article turns a place-based, community-based lens on the food stamp issue, with a lesson to all of us to make sure that in public policy analysis, we examine proposed changes from both the individual recipient and cumulative community perspective.—Rick Cohen