For National Day of Service, Let’s Expand Notion of Nonprofits 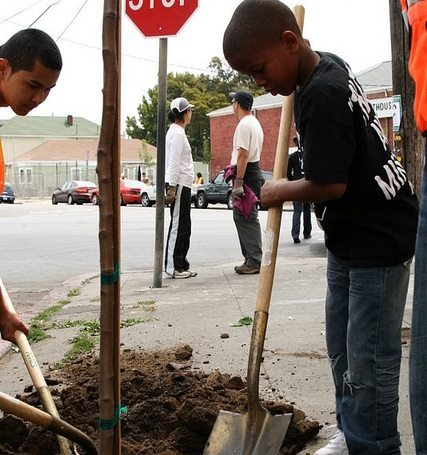 Saturday is the National Day of Service and the honorary will be Chelsea Clinton. Writing for CNN, Chelsea Clinton notes that she was a volunteer for America Reads and for the Lucile Packard Children’s Hospital in California. “If everyone who pitches in this weekend keeps up that commitment throughout the year, think about how much good we can all do,” she writes, promoting volunteerism. “Lots of small acts add up to big change.”

The National Day of Service is an annual event tied to Martin Luther King Day. Chelsea Clinton cites her father’s statement when he signed the legislation establishing the holiday. President Clinton recalled Rev. King’s statement, “Life’s most persistent and urgent question: What are you doing for others?”

In the past several years, the nonprofit sector has typically been pigeonholed into easy-to-understand categories of action such as service delivery and volunteerism. Professor David Hammack of Case Western Reserve University questions “the common misperception that nonprofit organizations exist chiefly to provide social services” and suggests that much of the growth of the nonprofit sector can be traced to the civil rights movement, when federal court cases expanded the First Amendment rights of nonprofits to pursue causes through nonprofit advocacy.

In an era of ever-increasing weaknesses in the processes of American democracy and ever-increasing concentrations of wealth and power in American society, volunteers are needed to promote social and political change. Whether it is marching with Occupy Wall Street or becoming engaged in local community advocacy organizations, volunteers are needed. Turnout for community service days is great, but turnout for community-based organizations that are promoting visions of a better future of this country through political and economic is vitally important as well.

We suspect that Chelsea Clinton’s dad, a baby-boomer product of the civil rights era, knows all too well that political and social change is desperately needed in the increasingly polarized and hamstrung American polity. Nonprofits and their volunteers can certainly deliver services and community-building goodwill through volunteer projects. However, their biggest avenue of social impact is in helping volunteers and constituencies give voice to their concerns, mobilize for action, and push feckless political leaders to get off their grandstanding, cliff-defying duffs and help the American people help themselves.—Rick Cohen