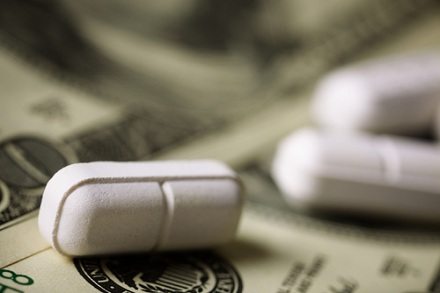 Congress passed legislation creating the Reagan-Udall Foundation for the Food and Drug Administration (FDA) in 2007, but the foundation is just now on the verge of receiving the FDA funding that it has long been waiting for. Mark McClellan, FDA commissioner in the George W. Bush administration, who is president of the foundation’s board, says Reagan-Udall’s mission is to bring scientific research to the table that can help the FDA to better regulate product safety and evaluate a product’s efficacy. The hold-up in FDA funding for the foundation came about as a result of “some folks in Congress who were concerned about potential conflicts of interest,” according to Reagan-Udall Executive Director Jane Reese-Coulbourne.

As a foundation, Reagan-Udall can accept donations from private sources, something the FDA, a government agency, cannot do. But if the concern that held up FDA funding for the foundation was a blurring of the lines between FDA research funding and the industry it funds, then Reagan-Udall’s acceptance of a $150,000 grant from the PhRMA Foundation—a nonprofit founded by for-profit pharmaceutical companies—probably didn’t help matters in the eyes of critics.

In response to those critics, some have pointed to other government agencies that draw on foundations to support their work; NPR notes that this is the case with the National Institutes of Health and the Centers for Disease Control and Prevention, but also quotes Francesca Grifo of the Union of Concerned Scientists, who states, “FDA makes regulatory decisions…The CDC and NIH are research agencies. They are not the decision-makers for things that affect the day to day life of the public.”

Acknowledging the potential concerns about a regulator receiving funding—albeit indirectly, through a foundation—from members of the industry it regulates, the Reagan-Udall Foundation has reportedly vowed that it has conflict of interest prevention procedures and plans for full transparency in place. That sounds like a good start, and certainly there can be little argument that more science-based research to ground FDA decisions—provided that research is truly unbiased—can only be seen as a positive development.

Nonetheless, it’s not hard for NPQ to see what has made some members of Congress so nervous about this foundation over the course of the past several years. The FDA already receives vast amounts of money (in the form of user fees) from pharmaceutical companies. Are we okay with enabling those pharmaceutical companies to become involved in funding FDA research through a foundation, or were we more comfortable in the era, pre-1992, when all of the FDA’s money came only from taxes? –Mike Keefe-Feldman