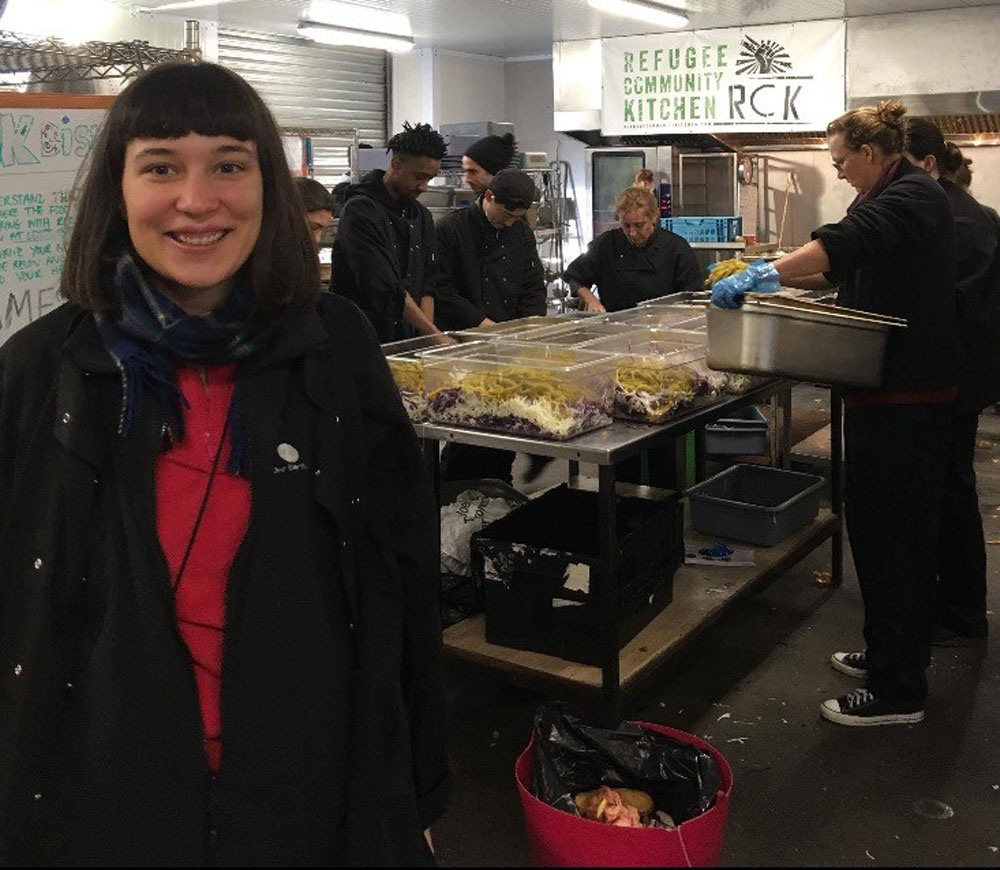 Across the world, anti-immigration sentiment is shaping policies and forcing migrants and refugees into increasingly unsafe and unstable conditions. As a result, ordinary citizens are stepping into this brink to provide a semblance of safety and sustenance, especially when governments refuse to do so.

In our latest podcast, we look at the volunteers who traveled in 2015 from across Europe to Calais, France, to assist some of the ten thousand migrants who were living in an unregistered camp commonly known as “The Jungle.” Many, like anthropologist Elisa Sandri, had no previous humanitarian experience, but she says that wasn’t important.

“You have to imagine a place where there’s no support whatsoever,” Sandri tells us. “The Jungle wasn’t anything like any other refugee camp. It was an informal settlement, on a wasteland, and people were sleeping rough.”

With no formal humanitarian aid or food distribution, Sandri says it was left to the volunteers to provide care, and also to try and get the world’s attention. “I really think that through the work of these volunteers, it made the news,” she says. “If it hadn’t been for all the work that the volunteers were doing in Calais, it probably would have gone unnoticed.”

Sandri wrote a paper about the experience which was published in the Journal of Ethnic and Migration Studies called “‘Volunteer Humanitarianism’: Volunteers and Humanitarian Aid in the Jungle Refugee Camp of Calais.” She says it was important to show a different side to the rising anti-migration policies which criminalize those who help refugees, citing the farmer in southern France who was taken to court for helping migrants cross the Italian border, the “Stansted 15” activists who stopped a flight with deportees on board, and the German captain facing 20 years in prison for conducting migrant rescue missions in the Mediterranean.

“Solidarity is not a crime,” she insists. “People are trying to help people.”