Ford Foundation: Can Capitalism Be Made to Work Better for Society? 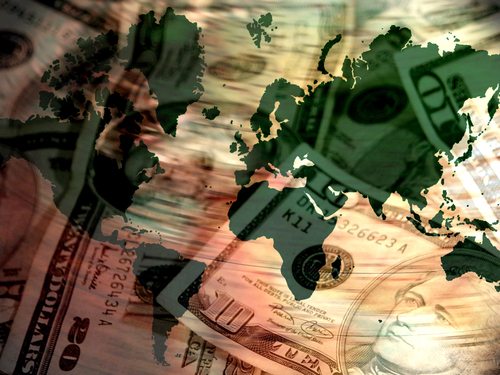 In the Ford Forum, the inaugural issue of what appears to be intended as a regular publication “to inspire fresh thinking and constructive dialogue,” Ford Foundation CEO Darren Walker poses an interesting question to a number of experts: “Where Markets Lead, Will Justice Follow?” Referring to foundations as products of the capitalist economic system, Walker asks, “How do we support efforts to change a system in which our own grantmaking resources are cultivated? How can we inform a more inclusive capitalism in which free enterprise flourishes and yet—as our mission and values demand—a broader justice prevails?”

Before we go on, we would like to invite you to respond to the question at the Ford Forum itself.

Walker is trying to bridge a contradiction in the structure of American philanthropy. Foundations are creatures of the “bounties of the markets” but are challenged “to help individuals and communities become more resilient in the face of market-driven inequality and the social instability and economic insecurity” that are the products of the economic system—along with private foundations like the Ford Foundation.

Yale’s Nobel Prize-winning economist Robert Shiller, whose brilliant book, The Subprime Solution, provided a compelling analysis of the global financial crisis of the last decade, responds to Walker’s question with an argument for the importance of government in making the economic system more inclusive. For example, he proposes “government subsidies to offer financial advice for low-income people,” much like the notion of legal services for the poor. As he notes, “You have rich people with their lawyers and poor people who just don’t have a clue.” Shiller’s experience in monitoring the collapse of the mortgage system is a case study of the imbalance between the rich and the poor—and government’s weak efforts to help homeowners who faced foreclosures and frequently lost their homes.

Raymond Offenheiser, the president of Oxfam America, looks at the roles of nonprofits like Oxfam and other advocacy organizations in holding multinational corporations “accountable to social and environmental standards.” It means having NGOs work and find common ground with corporations. Offenheiser notes that “92 percent [of investment in developing countries] is foreign direct investment from private capital,” meaning that it is going to be Unilever or Starbucks rather than USAID or the World Bank that will be a partner for international NGOs. The challenge, he says, is “that we needed to be thinking about poverty not as the absence of public goods—which leads to a gap-filling path—but rather as social exclusion, which meant that we should be looking at the barriers that limit people’s access to those things they need, such as education, health, credit, jobs and housing, and that could be addressed through policy, practice changes and, perhaps, better institutional performance by either the state or the market.”

The formula, Offenheiser concludes, has three components: “an effective state; active citizens holding that state accountable; and inclusive markets, with citizens also holding those markets accountable to some degree.” Oxfam America views itself as crafting strategies for holding corporations accountable, citing as one example its “Behind the Brands” scorecard, which ranks the largest food and beverage corporations on seven issues: land investment policies, investments in water, carbon footprint and commitment to climate change issues, labor practices, investments in small farms, inclusion of women, and transparency of finances and other business practices. Ultimately, the improvement of the corporate role in society is to advance “from corporate responsibility to corporate accountability,” with Offenheiser noting that corporate social responsibility is “companies monitoring themselves,” resulting in some improvements in corporate behavior but falling short of what many countries needed: the incorporation of those voluntary standards into governmental regulatory systems that mandate corporate compliance.

Offenheiser’s analysis stands somewhat in contrast with the observations of the Aspen Institute’s Judith Samuelson, who leans toward a stronger reliance on corporate self-regulation. “Global corporations command extraordinary resources and distribution systems, talent and problem-solving skills that we need to address complex problems,” Samuelson says, “Whether we like it or not, we don’t have global governance, but we do have global companies, and the behavior of multinationals is likely to shape the norms and help define what rights are respected.”

Although she acknowledges that many global businesses have fallen short on human rights, particularly consumer brands like Apple and the Gap that have relied on overseas manufacturing and assembling, Samuelson says that companies have responded to NGO pressures (and the fear of social media) and shown that “they learn from their mistakes,” many transforming themselves to become “the better actors today.” She says such changes are simply “about smart business practices and attracting and maintaining customer loyalty.” Perhaps it is because of the swift and necessary kick some corporations have needed and deserved from NGO watchdogs, but Samuelson foresees a dynamic of NGOs asking, “How do we work alongside business?” and “Where is the business opportunity to be a first mover?” A former Ford Foundation staffer herself, Samuelson suggests that foundations should be funding nonprofits to work with business.

Overall, the Ford Forum essays reviewed here express a core belief in the essential capitalist nature of the economic system, but with different definitions of reliance and trust on corporate self-regulation and self-improvement. MIT’s Otto Scharmer encapsulates the theme with a call for “tri-sector innovation” involving nonprofits working across sectoral lines. There is not a lot in these essays that suggests that the power of corporations is so pervasive and enormous that tri-sector partnerships might tilt strongly in favor of businesses and against NGOs and even government. Nonprofit watchdogs of corporate power have traditionally been underfunded by philanthropy. For the implicit agenda of the Ford Forum essays to meet Walker’s challenge of foundations “striv[ing] to ‘strengthen and improve’ the economic system in which it operates and flourishes,” foundations have to strengthen the system of nonprofit watchdogging of corporate power and corporate excesses, else corporations escape the scrutiny they need if they are going to be held accountable to higher environmental and social norms.—Rick Cohen