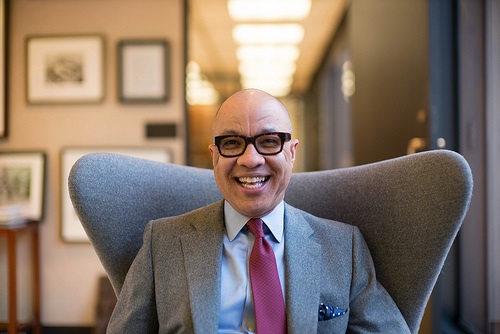 The Ford Foundation, which is headquartered in New York City, has announced that next month it will hold its first board meeting in Detroit since 1948. The foundation was, of course, founded with the wealth built through the Ford Motor Company. It was first incorporated in Michigan in 1936 with an initial stake of $25,000 contributed by Edsel Ford. It is now the second-largest foundation in the United States, making grants both domestically and internationally.

Foundation President Darren Walker announced the meeting during the Mackinac Policy Conference yesterday, which hosted a discussion about the city’s emergence from bankruptcy. Ford, of course, was one of the foundations involved in the “Grand Bargain” to rescue Detroit, about which NPQ has written extensively. Ford contributed $15 million to the effort, making it the largest single commitment to the pension-and-art rescue fund.

Walker revealed that he had faced some skepticism about Ford’s investment in Detroit from other charitable groups, but in the end, it was not a difficult decision. “The great thing about Detroit and this region,” Walker said, “is that there is remarkable leadership…from the governor all the way down to the smallest foundation, to the union leaders. They were the courageous ones. They were the only ones who actually took an action to personally reduce their income. That’s leadership. That’s courage.”

“The Ford Foundation’s capital was made in Detroit. And since 1936, we’ve had an enduring commitment to the city. I, as the 10th president, may have supercharged that somewhat, but it reflects a deep appreciation to our founders. It reflects our belief in the potential of the city and the region.”

“There were some colleagues who said, ‘You’re setting a terrible precedent for the rest of us.’ But I think the precedent that we set, I hope, was that we in philanthropy need to sometimes get out of our boxes…. We are probably, potentially the most flexible and innovative capital in our society and yet we deploy it in the most conservative of ways…. It’s great that the Grand Bargain happened in my first year, because it has given me license to do all sorts of crazy things.”