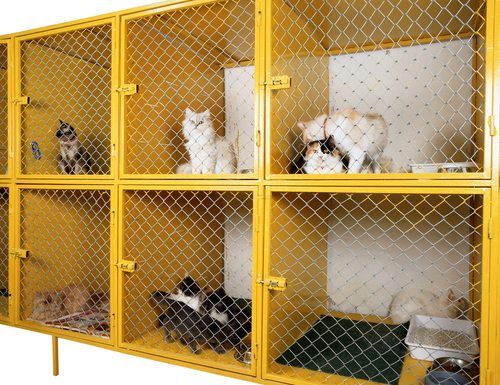 There’s continuing evidence that the ongoing foreclosure crisis is changing the work of nonprofit organizations across the United States. The Arizona Star reports a four-year-old Phoenix nonprofit has opened an animal shelter for pets abandoned because their owners’ homes were in foreclosure. When the Lost Our Home Foundation opened its doors in 2008, hardly anyone had heard the term “foreclosure pets,” but since then, the problem of increased abandoned pets has become a reality for animal shelters across the country.

The Lost Our Home Foundation has rescued more than 2,000 animals in the past four years. It has a food bank, a temporary foster home program, and can help owners in finding pet-friendly rental units. But the need continues, and now Lost Our Home has opened a no-kill shelter to keep pets on a temporary basis before foster care, or as they help financially struggling owners find the pets new homes. The large number of pets without homes has triggered a new term, “foreclosed pets,” and has led to the startup of nonprofits across the country.{loadmodule mod_banners,Newswire Subscription Plea}

For example, in Olympia, Wash., a real estate agent who began rescuing pets from abandoned homes started the nonprofit Foreclosure Pets. Foreclosure Pets defines its mission as “to help cats who have been left behind as a result of economic hardship or foreclosure get spayed, neutered and find loving forever homes.” The organization’s website says it has filed for 501(c)(3) status with the IRS and it has received nonprofit status from the State of Washington. Similarly, in Houston, Texas, the owner of a mortgage company started No Paws Left Behind, a nonprofit focused on making the community aware of the problem with foreclosure pets as well as looking for solutions.

The American Society for the Prevention of Cruelty to Animals (ASPCA) first raised the alarm in February of 2009, warning that, “between 500,000 and 1 million cats and dogs in the United States are at risk of becoming homeless as a result of the continuing economic downturn.” The organization pointed out that 63 percent of U.S. households have at least one pet, meaning that many were in danger of being abandoned. The American Humane Association offers tips for shelters that are handling more pets because of foreclosure. It suggests setting up a foreclosure fund so donors can contribute directly to pets in need of homes or medical care because of foreclosure. –Mary Jo Draper