Foundation Payouts: Where Have They Gone During Crisis? 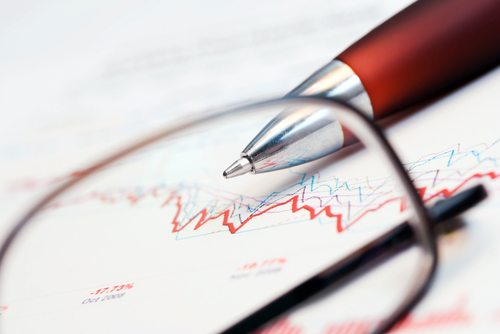 The larger of the two reports (“Understanding”) reached some unsurprising conclusions about foundation payout behavior for the period 2007-2009, noting that most endowed “independent” (not family controlled) foundations paid out at five percent or above, and almost 20 percent actually exceeded ten percent payout. Payout levels decreased as endowment size increased. For family foundations, payout was higher, but that may be somewhat attributable to the practice among some family foundations of spending down as opposed to trying to exist in perpetuity.

As NPQ Newswire readers know, foundation assets took a beating in the markets in the period of 2007-2009, so even maintaining a fixed dollar amount of grantmaking in 2008 or 2009, compared to previous years, would result in an automatic jump in payout (the percentage of net noncharitable assets); that is, distributions would be calculated against a smaller net asset base. It is easy to see the pattern based on this table we compiled from the data in Figure 1 in “Understanding” (for 979 large endowed foundations):

An interesting tidbit in the report is the line that foundation payout trends tend to lag behind asset trends by at least one year, indicating that foundations are putting together their payout budgets for a particular year based on a previous year’s assets. Actually, many foundations use a three- to five-year rolling average of previous years’ asset values for determining their current year’s payout (so that the effects of a big decline would be softened by the previous years’ asset strength).

Prior to 2007, foundations had been riding the market bubble with huge asset growth rates. If based on a three- to five-year rolling average, foundation payouts might not have needed to dip during this time period. In 2009, we demonstrated how multi-year rolling averages calculated on a quarterly basis works. The Foundation Center’s analysis that only one-fifth of foundations exceeded five percent payouts during the study period and that one tenth actually fell below that five percent level points out that foundations have discretion in terms of how they determine what they will grant out (or grant and lend, since PRIs count toward grants payouts).

At a time when society needed foundations the most, when the economy knocked the stuffing out of nonprofits and the families they serve, the Foundation Center’s analysis of large endowed foundations is that they reduced their absolute grants payout. This is for the time between 2008, when the economy truly tanked and millions of Americans lost their homes and jobs, and 2009. As the recession continued to gallop along, foundation giving fell from $17 billion to $16.4 billion. As a percentage drop, it wasn’t huge (only 3.66 percent), but it is nonetheless noteworthy since it came at a time when America needed foundations to dig deep and boost their absolute giving big time. In fact, the $0.6 billion drop in total giving between 2008 and 2009 is exactly equal to the decrease in total payout during that period—meaning that foundations generally maintained their own operations at a hold harmless level while making their grant recipients bear the burden of their recession-based asset declines.

There are more complexities to the payout story, including what is or isn’t included in net non-charitable use assets (referred to in the table above as net assets), the ability of private foundations to carry over large payouts in some years to apply to future years, the time period foundations have to meet their payout requirements, etc. Those technical complexities should not be used to camouflage the fact that foundations have discretion in how they set their grant (or grant and PRI) payout budgets. They can look at their own assets and the assets of the people they serve and ask whose needs and priorities should take precedence.

At a time when the U.S. economy is simply broken, when once untenably high levels of unemployment are now being assumed as the norm, when “employment” for increasing numbers of people in our society is part-time rather than full-time, and when household income continues to sink, foundations have a special obligation to respond. They can’t solve all problems, to be sure. Even with their billions of tax-exempt assets, foundations are micro-actors squaring off against macro-problems. But putting their money out big time for groups fighting for fundamental changes, putting their money into the hands of community-based activists closest to the people in need—that’s what is needed from foundations as the economy teeters.

The NPQ Newswire will have more to say about these very important and useful reports from the Foundation Center in the coming days.—Rick Cohen