Foundations and Nonprofit Offer Support to Entrepreneurs of Color 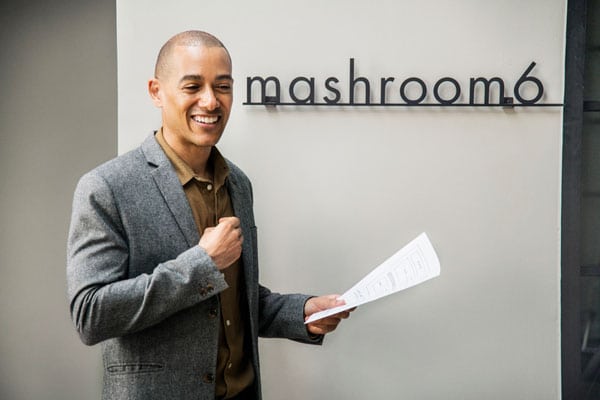 Accessing affordable financial services and products is critical for small business success and growth. Unfortunately, not all entrepreneurs have equal access to the financial resources they need. Nationally, according to the US Department of Commerce, people of color own eight million businesses, a 38 percent increase since 2007. Despite this growth, the leading issue among many entrepreneurs of color is a lack of access to affordable credit and financial services. Recognizing this both as a challenge and opportunity, some foundations are addressing this credit gap by investing in nonprofits that support businesses owned by entrepreneurs of color.

Last week, the Colorado Health Foundation (CHF) announced an investment of $2.75 million in Accion to facilitate and grow micro-business and small-business lending to entrepreneurs of color and underserved communities throughout Colorado. This unique funding partnership both offers programmatic support ($1 million) as well as funding to expand lending throughout the state ($1.75 million) and is an example of a growing movement of investments by foundations in nonprofits to bolster small business lending in disenfranchised communities.

While Accion is a global nonprofit lending network, its work in the United States is far reaching, and it has been making an impact in Colorado. In 2017, for example, Accion’s network in the state loaned over $6.6 million to over 500 business, creating or sustaining 1,267 jobs. Through this investment by the Colorado Health Foundation and others, Accion plans to lend $15 million to small businesses throughout Colorado by 2020. As part of the partnership between CHF and Accion, the foundation has introduced Accion to other potential funders and investors to strengthen its ability to leverage funding to meet its goals.

Partnerships like this are important, as investing in communities that have difficulty accessing small business loans is critical to addressing the racial wealth gap nationally. In 2016, the median wealth for Black families was $17,600—just over 10 percent of the white median household level of $171,000. The Colorado Trust highlighted the racial wealth gap in Colorado in 2016, looking at a range of indicators that illustrate this gap including unemployment, poverty rates, asset poverty, homeownership, health insurance, and education. In terms of business ownership, there’s also a significant gap in the value of Colorado businesses by race.

According to the Colorado Center on Law and Policy’s analysis of the Asset and Opportunity Scorecard, the average value of businesses owned by entrepreneurs of color in Colorado increased by $22,000 (10.8 percent) since 2007, while the average value of white-owned businesses increased by more than $121,000 (22.6 percent) during the same period. The average white-owned business in Colorado is now worth $656,364, compared to just $224,530 for a business owned by an entrepreneur of color.

A big reason for the disparity is the inability for entrepreneurs of color to access the funding they need to grow their businesses. This credit gap was recently highlighted in a report by the Federal Reserve Banks of Cleveland and Atlanta through the Small Business Credit Survey, “Report on Minority-Owned Firms.” While the report uncovered several distressing findings, perhaps the most troubling was that 40 percent of black-owned firms surveyed did not apply for financing because they were discouraged and thought they would not be approved. The report goes further and states that “firms that were approved for at least some financing, when comparing minority- and non-minority- owned firms with good personal and/or business credit scores, 40 percent of minority- owned firms received full amount sought compared to 68 percent of non-minority-owned firms.” Even among firms with over $1 million in revenue, African American–owned firms had more difficulty obtaining funds for expansion and were almost twice as likely to be turned away.

Equaling the playing field when it comes to small business lending is also being addressed by many foundations. The Kauffman Foundation, largely known for its emphasis on entrepreneurship, has addressed inequity in lending through market gap grants and research how the racial wealth gap influences rates of entrepreneurship for people of color.

Another effort that is addressing the issue of lack of financial services to entrepreneurs of color is JPMorgan Chase, the nation’s largest bank. The bank has invested in initiatives focused on supporting entrepreneurs of color in several cities, including Detroit, New York City, and San Francisco, and most recently announced a $4 million investment in Chicago. Earlier this month, they invited local coalitions and cities throughout the country to submit proposals for funding efforts that “create affordable housing, to start and grow minority- or women-owned businesses, or to increase the number of livable-wage jobs that aren’t immediately threatened by technological advancement.” The bank is investing $500 million in this effort and anticipates that it will help a local coalitions throughout the country leverage $1 billion in funding from different sources.

Investments such as these and the recent award announced by the Colorado Health Foundation meet an urgent need for access to financing for entrepreneurs of color. By expanding and creating new opportunities for entrepreneurs of color, these initiative play an important role in addressing the racial wealth gap, paving the way for countless businesses to expand, and advancing the health of the overall entrepreneurial ecosystem throughout the United States.—Derrick Rhayn