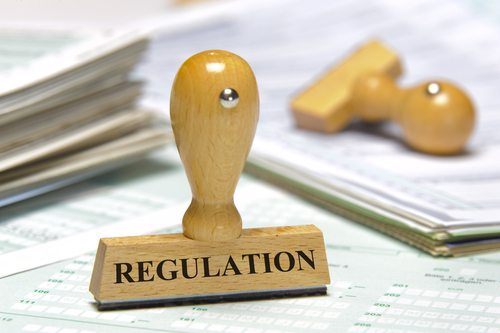 Foundations from around the country are taking part in the annual Foundations on the Hill program this week, allowing grantmakers to make their case to Congress on issues that matter to them and create credibility-building visibility for the philanthropic sector.

This sort of activity is precisely the kind of vigorous expression of citizenship that is the cornerstone of our democracy. It’s a wonderful demonstration of the value of advocacy and of the power of concerted, coordinated action among like-minded people and groups. It is, in fact, an example of exactly the kind of participatory policy work that foundations should encourage their grantees to undertake for their policy issues.

We agree with Alexis de Tocqueville, who realized over 180 years ago that in America “the health of a democratic society may be measured by the quality of functions performed by private citizens.” Today, active participation by everyday people in all aspects of civic life is absolutely essential. That’s why we strongly oppose the proposed changes to the Internal Revenue Service’s rules governing 501(c)(4) social welfare organizations.

As foundation staff and leadership visit Capitol Hill, the subject of the highly controversial IRS rulemaking may come up. We believe grantmakers should join with us and dozens of other concerned foundations in opposing the proposed regulations in order to ensure that their grantees—and the constituencies they serve—are permitted to be as active as possible within the democratic process. (By the way, no one should be afraid to discuss this topic with congressional staff; private foundations are permitted by law to discuss regulatory matters.)

Alliance for Justice (along with an astonishing 140,000 others) has submitted comments to the IRS spelling out our concerns in detail. We’ve also been joined by 253 nonprofits and individuals which have signed on to an abbreviated version, united by a well-founded fear that the IRS will undercut the effectiveness of over 86,000 (c)(4)s that serve as vitally important outlets of activism and advocacy on behalf of everyday Americans. Notably, many prominent members of the philanthropic community have also weighed in. The Funders’ Committee for Civic Participation submitted comments signed by 55 foundations, as did the Rockefeller Brothers Fund, among others.

We have spoken out because we understand that the political process cannot be separated from efforts to shape policy. Particularly in today’s polarized climate, electoral decisions differ little from eventual legislative actions. If an organization waits until after an election to have its voice heard, it’s too late. That’s why we believe social welfare nonprofits with policy agendas must be permitted to some degree to participate in the electoral process.

In fact, in 1959, the IRS promulgated rules that said that (c)(4)s can involve themselves in electoral politics, but that partisan activity cannot be their “primary purpose.” Unfortunately, the IRS neglected to define what it meant by “primary”—presumably some percentage of an organization’s total budget less than 50 percent.

That kind of ambiguity was fine for a long time because almost all (c)(4)s were only allowed to communicate messages about candidates to their own members, and many were engaged principally in nonpartisan election activity like get-out-the-vote and voter registration drives anyway.

Then, in 2010, the Supreme Court decided the Citizens United case, and corporations, including nonprofit corporations, could now engage in direct support of candidates. The effects were immediate. The vagueness of the “primary purpose” test, combined with the secrecy afforded donors, made (c)(4)s a perfect vehicle for those looking for a way to funnel big money into elections. As a result, many people have raised the specter of “dark money,” where vast infusions of undisclosed donations have distorted the political process and allowed the very wealthy to wield disproportionate power in elections.

At some level, the proposed IRS rules could be seen as a reaction to these concerns, but if so, they don’t directly address the underlying problem, which mainly relates to donor disclosure. Instead, they seem to be trying to make social welfare organizations so broadly inhospitable for political activity that the big guys are forced to go elsewhere, like 527 political organizations that require disclosure. But this scorched-earth approach has serious unintended consequences.

The most destructive aspect of the proposed rules would be a new category of spending called “Candidate-Related Political Activity.” All activities that would be put into this category would be on the non-primary-purpose side of the ledger, which will have the effect of preventing or discouraging longstanding work many groups consider essential to their missions.

Among the activities thrown into the “candidate-related” pot are voter registration and get-out-the-vote drives, even those that are completely nonpartisan; hosting nonpartisan candidate events close to election dates; any communication within 30 days of a primary or 60 days of a general election that refers to any candidate or party, which would prevent the discussion of policy issues or legislation that happen to be before Congress or state legislatures in the weeks leading up to an election; any activity designed to influence judicial and executive branch nominations; and grants or transfers from (c)(4)s to (c)(3)s that do nonpartisan work that can be construed as candidate-related under the new definitions.

The consequence is that when all these previously nonpartisan activities are suddenly redefined as partisan, organizations will find it much more difficult to keep their election-year work under the “primary purpose” limits. The new rules become a strong disincentive for initiatives that are critical to fostering the kind of informed and involved electorate that’s essential in our democracy—and, we might add, in countering the influence of the wealthy and powerful forces these reforms ostensibly are concerned with.

It’s also worth noting that many grantees also fear that once their longstanding nonpartisan election-year work gets reclassified by the IRS as “candidate-related,” those grantmakers which shy away from funding partisan work will stop providing support, even though it’s the same work they have been funding for years.

At the end of the day, these kinds of “reforms” serve no discernible purpose, since they don’t deal with the sorts of alleged abuses of the (c)(4) category that have gotten the headlines. And they most certainly have nothing whatsoever to do with somehow limiting the impact of so-called “dark money” groups with their big, undisclosed donor bases. Instead of dealing forthrightly with the problems of big money and issues related to disclosure (which only Congress could do), the IRS has cooked up an unnecessarily punitive set of proposals that distract from the fact that the core issue is not being addressed.

It’s clear that these regulations as proposed would have potentially catastrophic impacts on small nonprofits, groups with a strong civic-engagement mission and the millions of everyday American citizens who support (c)(4) groups as a way to ensure that their voices are heard on issues that matter deeply to them. Grantmakers should not be afraid to stand behind their grantees and tell members of Congress that the proposed IRS rules will not solve the problem of “dark money” in politics, but will do great harm to our most cherished principles of citizen involvement in democratic governance.

To read the Alliance for Justice’s official response to the Notice of Proposed Rulemaking on Guidance for Tax-Exempt Social Welfare Organizations on Candidate-Related Political Activities, click here. For more information about this issue and its importance to the foundation community, visit www.BolderAdvocacy.org.

Nan Aron is president of Alliance for Justice.