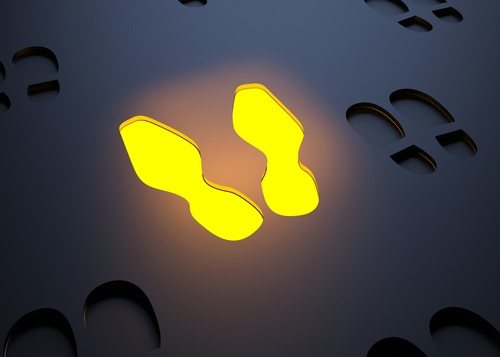 Don’t take this as an effort to compete with the websites that have arisen recently to all but slobber over rich philanthropists, lauding their each and every thought to better humanity. From our perspective at Nonprofit Quarterly, despite our many friends in the foundation world, foundations for the most part need a good kick in the pants and a reduction in their propensity for self-congratulation. While foundations bemoan what they regard as a history of bad press, 99 percent of what we see is foundations’ PR shops cranking out press releases touting their grantmaking and wisdom.

That being said, while casting a more critical eye toward what philanthropy does or doesn’t accomplish, we do see glimmers of philanthropic work that really stands out. At the Council on Foundations’ annual meeting, it is worthwhile to spotlight examples of those foundations that—maybe to some people’s surprise—are standing up and stepping out on issues that warrant attention and should stimulate debate beyond press releases.

Give the Bill & Melinda Gates Foundation credit, regardless of whether the decision to disinvest was because of private prisons or the Boycott-Divestment-Sanctions movement, for choosing to reduce or eliminate its holdings in British security firm G4S. Without offering a specific reason, Gates spokesperson John Pinette explained, “like other large foundations, the foundation trust evaluates its holdings regularly, both for performance and fit.” The Gates move to dump its stake is laudable, especially since G4S happens to be the world’s largest private military and security company, although it probably shouldn’t have taken concerns about the occupied West Bank or private prisons to push Gates to recognize that this sort of military investment doesn’t comport well with the purpose of a national or international foundation dedicated to health and education. When foundations do divest, they are reluctant to attribute the campaigns that nudged them in that direction. So be it. But nonprofit watchdogs should be examining foundations’ investments and asking hard questions about the kinds of economies and societies the foundations’ investments of half a billion dollars of tax-exempt assets are creating.

It’s just about impossible in some circles to say anything good about the Koch Brothers, functioning as they do as all-purpose icons of the right wing. However, just last week, the Koch Foundation and Koch Industries gave $25 million to the United Negro College Fund, one of the less-than-a-half-dozen largest grants ever received by the UNCF. Besides 3,000 scholarships for African-American undergraduate and graduate students, the money will also help the 37 Historically Black Colleges and Universities that are members of the UNCF address financial shortfalls they suffered during the economic recession. The Kochs’ grant is likely among the largest of the foundation grants dedicated to black men and boys that might be counted on the BMA funders database.

The National Committee for Responsive Philanthropy is giving its second batch of “impact awards” to four foundations. One is a corporate foundation (Ben & Jerry’s), and one is a small family foundation (Hill-Snowden, based in Washington DC). The other two are particularly distinctive because they have public DNA of a sort:

The California Endowment and Liberty Hill awards should remind foundations that they have a major role to play in the public arena, not by being lapdogs to government agencies and looking for invitations to the White House, but by addressing public issues, advocating for policy change (including policy change that directly affects philanthropy itself), and working in a transparent partnership with the communities they ostensibly help and serve.

At the Council on Foundations annual meeting, in the opening plenary, the Ford Foundation’s Darren Walker talked about the inherent optimism of Americans due to the foundation of opportunity underlying U.S. history. But, he added, “For the first time, we are seeing the kind of inequality that makes people less optimistic.” Noteworthy in that regard is a new effort funded by the Annie E. Casey Foundation and the Public Welfare Foundation, the Economic Hardship Reporting Project, created by Barbara Ehrenreich and the Institute for Policy Studies, which seeks unemployed and underemployed journalists to write compelling stories about the societal inequities that Walker described. Although the site seems relatively new, the contributors seem to be getting to issues that don’t get addressed in other settings, remaining often ignored by both the left and right, Democrats and Republicans. For example, the two most recent posts we saw when we visited the site keyed in on Tamar Lewin’s observation that student debt is growing fastest at the universities with the highest-paid executives and an IPS study on university exploitation of low-wage faculty (adjuncts and probably teaching assistants).

As we sit at the Council meeting and move from writing articles into live blogging, we’ll find more examples of foundations standing up and stepping out—and undoubtedly more of foundations needing tough scrutiny from nonprofits.