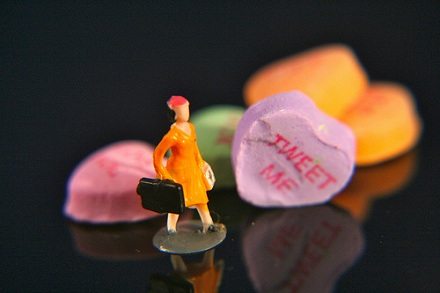 MinnPost’s John Reinan interviewed Joel Bergstrom, director of Greater Minneapolis Crisis Nursery, on how his organization put together a very thoughtful approach to entering the social media scene through Twitter. The Greater Minneapolis Crisis Nursery (GMCN) is a child abuse prevention nonprofit which offers assistance to parents in crisis. The way the organization strategized around Twitter use included not only a great action plan, but also a plan as to how they would successfully implement each strategy in a sustainable manner. The GMCN began by specifically targeting who to follow and to tweet at that would result in gaining a larger audience.

The nursery chose to launch their Twitter account in April, which is also Child Abuse Prevention Month. Right off the bat, their Twitter account already had volunteer groups from large companies planning to come in to volunteer, and the nursery decided that it really wanted to get noticed by the Annie E. Casey Foundation. The Greater Minneapolis Crisis Nursery tweeted at UPS, thanking them for a group of volunteers who had helped out. UPS happens to have been founded by the Casey family, so this “thanks” did the trick. Casey retweeted the message to their 10,000 followers. The nursery also thanked Yoplait for volunteering, which resulted in a retweet to the yogurt company’s 20,000 followers.

Bergstrom offers some insightful tips for nonprofits that are getting into Twitter, which we’ll pass along in their entirety here:

(2) Target your Audience: ‘Think about how you can use Twitter to connect with your constituency and others interested in your mission.’

(3) Be Consistent: ‘Make sure the content you’re putting out is consistent with your key messages.’

(4) Keep It Interesting: ‘Stay engaged – you can’t put it on autopilot.’

That last point is key; your nonprofit needs to make sure it has the capacity to enter the social media arena well before throwing up a Twitter account or any social media accounts that require daily updates. “There’s a common wisdom that says you have to be present in social media,” Bergstrom said. “But if you’re not doing it well, it doesn’t help you—and it may hurt you.”

Although most nonprofits have entered the Twitter scene by this point (since the platform has been around for over five years now), it is never too late to look back over these tips and make sure that your organization is utilizing Twitter to the best of its abilities. –Aine Creedon