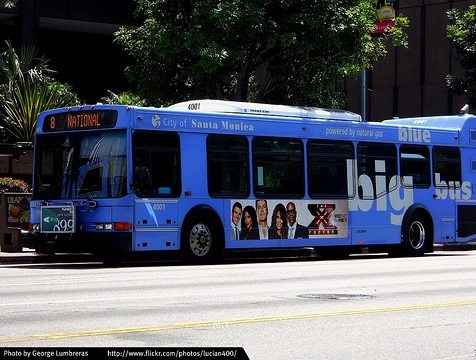 The Santa Monica, Calif. City Council recently decided against allowing AIDS Project Los Angeles to advertise its AIDS Walk event on city buses. According to The Argonaut, the decision is because current city policy “permits commercial firms to advertise on its buses but not nonprofit organizations.” A lawsuit is now pending, as AIDS Project Los Angeles argues that this policy denies them their right to free speech.

“This absurd new policy targets not only AIDS Walk Los Angeles ads, but all other nonprofit ads which help foster community spirit and provide valuable information to the public,” according to Executive Director of AIDS Project Los Angeles Craig E. Thompson. “Santa Monica city leaders are in effect providing an economic advantage to corporate interests and a disadvantage to community advocates. We’re calling on our supporters to join us in speaking out against this twisted set of priorities.”

Another interesting item is the argument reportedly made by City Attorney Marsha Moutrie, who instructed the City Council, in The Argonaut’s words, “that if the city permitted non-profits to advertise on its buses, it could be compelled to allow organizations whose messages were not in line with Santa Monica’s views to run advertisements as well.” That viewpoint does seem to fly in the face of free speech, since it would limit anyone’s right to take an ad on the buses. And then, who decides what “Santa Monica’s views” are?