From Katrina to Sandy, This Is How Urban Revival Gets Done 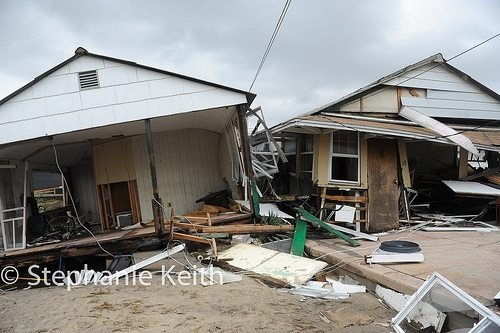 For those of us who still claim an allegiance to the nonprofit sector qua nonprofits as opposed to alternative visions of nonprofits as sort of second-rate for-profit wannabes or as arms and outposts of government, Joe Nocera’s op-ed in the New York Times is so welcome. Relying on a clearly generative conversation he had with urban redevelopment author Roberta Gratz, Nocera looks at the rebuilding of the Ninth Ward of New Orleans after Hurricane Katrina and, after the more recent Superstorm Sandy devastation, the Rockaways in the New York City borough of Queens.

Nocera reminds us that after Katrina, city leaders—and we should note, though he didn’t, foundation leaders who participated in their planning efforts—concluded that the Lower Ninth Ward should not be rebuilt, but set aside as green space. Given that much of New Orleans is below sea level, that conclusion could have been slapped down on much of the city, but it was aimed at the very low income Lower Ninth Ward. Katrina had accomplished the desired urban redevelopment—or “urban renewal by removal”—that some politicians had long wanted.

The green space plan didn’t go through, but, as Gratz told Nocera, the big money for redevelopment went to the tourist areas, not neighborhoods like the Lower Ninth. Nonetheless, people trickled back into the neighborhood, despite admonitions that the neighborhood should never be rebuilt. People worked together through neighborhood organizations and other nonprofits, such as Brad Pitt’s Make It Right, to restore the neighborhood in environmentally sensitive and pragmatic ways. Government is now responding to the Lower Ninth, not because it was in the grand plan, but because the presence and activism of neighborhood residents are making it impossible not to do so.

Nocera compares this with the situation of the Rockaways, where residents have legions of complaints about the responses of governmental agencies, including FEMA. While acknowledging that the city’s sanitation department did “heroic work” in the aftermath of Sandy, Nocera notes, “Personnel from the Federal Emergency Management Agency set up offices, where they sipped coffee while waiting for Sandy victims to drop by” and “other city agencies were largely invisible.”

Regarding the Rockaways response, Nocera observes, “Mostly, people helped other people. Churches donated space where victims could get staples. Nonprofit organizations were everywhere. Volunteers went from house to house, helping homeowners clear out debris.” The NPQ Newswire noted much the same, including the response of the volunteers comprising “Occupy Sandy.”

Nocera’s column is a good reminder of the importance of neighborhood-based nonprofits and neighborhood volunteerism. Waiting for government to respond to the needs of poor communities, despite nice Gracie Mansion press conferences, can be like waiting for Godot. It is often up to community-based nonprofits to call city agencies—and their large regional or national nonprofit partners—to account for their lackluster responses to neighborhoods like the Lower Ninth Ward and the Rockaways. It starts with the ad hoc actions of neighbors that demonstrate how urban revival gets done. —Rick Cohen