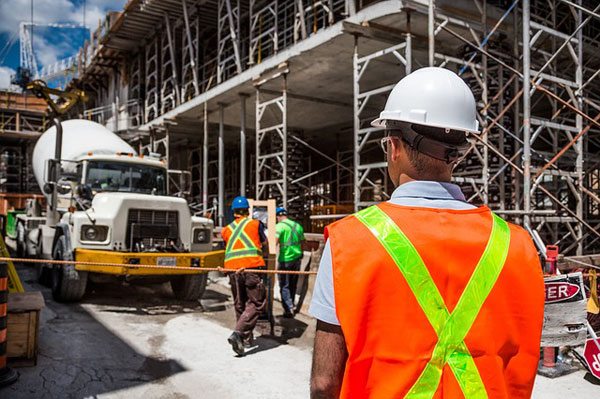 “Since 2016, at least eight Oregon cities have adopted construction excise taxes to fund affordable housing,” reports Jared Brey in Next City. The latest Oregon city to join this trend is Medford, a city of 80,000 people located midway between Portland and Sacramento, California. Brey writes that high housing prices, which had been making it difficult for Medford to recruit city civil service employees, were one leading cause of the city’s policy decision.

Earlier this month, Medford city council voted unanimously to adopt the tax, setting the rate at one-third of one percent of building permit fees on major residential, commercial, and industrial development projects. The city estimates that the tax will generate $500,000 a year to support affordable housing.

Nationally, states and localities have used many mechanisms to finance affordable housing. A brief published last year by the American Association of Retired Persons (AARP) notes that financing sources for affordable housing at the state and local level include “real estate transfer taxes, interest from real estate escrow accounts, document recording fees, and developer impact fees, as well as from general revenues.”

The construction excise tax operates similarly to a developer impact fee, but the Oregon variant is specifically dedicated to supporting affordable housing, while developer impact fees tend to be used to finance a broader range of projects, including parks and schools. Oregon is not the only state to tax construction to finance affordable housing—for example, South Dakota initiated a similar policy in 2013. But the construction excise tax idea seems to be catching on quickly in Oregon, as a growing number of cities decide that taxing rapid urban growth is an effective mechanism to support affordable housing in hot real estate markets.

The city of Bend was the first Oregon city to adopt a construction excise tax, which it did back in 2006. Brey notes that in Bend, according to the city’s affordable housing director Lynne McConnell, “The excise tax has leveraged nearly $80 million in additional funding since its adoption and helped create 770 units of new affordable housing.”

What drove the lifting of the ban, Brey explains, was the housing crunch, which led “the Oregon state legislature in 2016 [to pass] a series of bills” to give cities more tools to support affordable housing. “At the time,” Brey writes, “the biggest headline item was a provision that lifted a state ban on inclusionary zoning, which cities use to mandate or incentivize the inclusion of affordable units in new housing construction. But in the same law, the state also lifted a ban on construction excise taxes.”

One strength of the construction excise tax mechanism is its universality. “It’s all about how to bring in small developers, mom-and-pop type shops, who aren’t building a ton of units every year but are increasing the supply overall,” McConnell says. “If we can help them pull just a couple of units into the affordable realm, that’s a win-win for everybody.”

“Portland,” Oregon’s largest city, was “among the first cities to pass both a construction excise tax and a mandatory inclusionary zoning policy after the state legislature lifted the ban,” observes Brey. The tax rate in Portland is set at one percent, the highest amount allowed by state law. Brey notes that the tax “applies only to projects valued at more than $100,000” and is “used to pay for affordable housing for families earning less than 60 percent of the median income.”

“This is absolutely a statewide problem and local jurisdictions are looking for tools to solve that problem,” says Alison McIntosh, deputy director for policy and communications at the nonprofit Neighborhood Partnerships, which, among other programs, coordinates the Oregon Housing Alliance.

Brey writes that Matt Brinkley, planning director in Medford, estimates that a one-percent tax might have raised between $1 million and $2 million a year, but a lower rate enabled the tax to get approved on a unanimous vote. The lower rate means the fund will initially only raise about $500,000. “We want to implement this program as flexibly as possible,” Brinkley says.

Brinkley adds that the city is also considering other mechanisms to increase housing affordability, including develop a program to encourage homeowners to develop accessory housing units.—Steve Dubb