Funder Transparency: How Much and When? 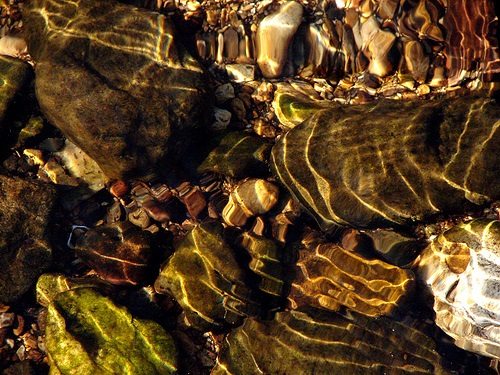 Transparency has become quite the buzzword throughout all sectors of our economy. There’s great demand for the ability to see that people and companies are doing what they say they are doing and that there are no shady dealings, especially when public investment or interest is involved. We do not demand quite as much transparency of a privately held business as we do, say, a nonprofit receiving funding from a government agency. But what of a private foundation? Foundations do not use government money; instead, funds from a private source are used to promote the common good. Should foundations be required to act in as transparent a manner as a nonprofit?

Last week, GrantCraft and Glasspockets released a new guidebook called “Opening Up: Demystifying Funder Transparency,” designed to help foundations understand the benefits of transparency and offer some suggestions and tools to make it easier. The arguments go beyond the legal one of needing to be transparent to demonstrate justification for the tax-exempt status foundations enjoy. The IRS already requires that foundations publish their financial information, and Guidestar.org makes that information accessible publicly and for free.

There are, essentially, five main areas and reasons for transparency, according to this guidebook:

The book not only explains the value of transparency, but also provides examples of how others have done it, challenging the reader to push the envelope a little bit. Some of the ideas are basic and obvious, such as the example of posting application guidelines on a website so that prospective grantees have a clear idea of what the foundation is looking for. Beyond that, though, the guide recommends posting thoughts about assumptions the foundation is making and the reason they have set certain priorities. This can truly help grantees by giving them a sense of how the foundation thinks and why it makes decisions. But some of the ideas seem a little odd, and potentially only workable in a Pollyanna kind of world. One example is to have grantees post their applications openly, inviting feedback and advice from the general public and, potentially, other prospective grantees. The stated goal is to gain community feedback on the proposal and to help the nonprofit strengthen their request.

There are always two sides to any point of view, and before encouraging foundations to dive headfirst into the murky waters of transparency, it might be valuable to look at the opposing view. Last year, Philanthropy Roundtable released Transparency in Philanthropy, a book by John Tyler, the general counsel for the Ewing Marion Kauffman Foundation. In it, Tyler argues that foundations should not be subjected to enforced and absolute transparency, although he does encourage organizations in the philanthropic community to reveal as much information as they think would be helpful to move the conversation forward. He suggests that there is no legal basis or moral imperative for funder transparency, and that in fact there may be some harmful, if unintended, repercussions. He identifies and debunks four myths that promote transparency:

Glasspockets, as a project, is designed to promote transparency in the philanthropic community. Apparently, it is a project of the Foundation Center and takes its name from the testimony of a Carnegie Foundation board chair called to testify following a McCarthy-era investigation in the 1950s. He said that “foundations should have glass pockets” so that anyone could see in and understand how they work and their value. The Glasspocket website offers advice, learning, and tools to facilitate the process.

One page, designed as something of a marketing tool, lists foundations that use the service and shows which aspects of it they take advantage of, and so in what ways they are being transparent. Interestingly, most of the foundations use the tool to share their guidelines and their financial statements. Hardly any of them use it to share a roster of grants and grantees. It is a page that is worth spending some time on and identifying trends of transparency and its use in the philanthropic community.—Rob Meiksins