Funding for Security vs. Keeping Church & State Separate in NJ 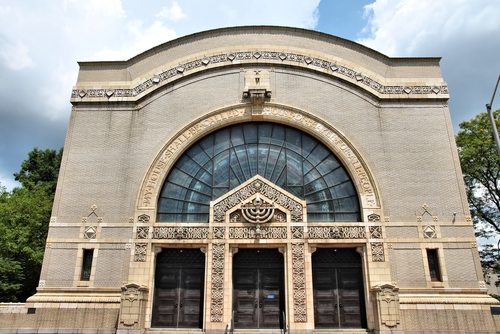 Since 2003, the federal government has acknowledged that the risk of terrorist attack does not fall only on public institutions. Through the Nonprofit Security Grant Program administered by FEMA, state-level security organizations have funneled millions of dollars to nonprofits both secular and religious for facility improvements and security training. The recent wave of bomb threats to Jewish community centers has led to a renewed level of concern and, at least in New Jersey, controversy over where the greatest risk exists.

Last week, New Jersey’s Governor Chris Christie announced a new round of security funding for his state’s nonprofits that expanded the parts of the state seen as vulnerable. The governor said in his statement:

As incidents in the past few weeks have shown, every area of New Jersey is vulnerable to threats and possible attacks, making these additional resources crucial in our efforts to enhance security in certain parts of the state that had not previously received federal security grant funding. During these trying times, my administration remains committed to ensuring that nonprofits across our entire state have the resources they need to ensure our citizens may gather freely and securely.

Security officials aren’t sure if the number of hate crimes has actually increased, but they agree that many people feel more vulnerable and threatened. New Jersey Homeland Security Director Chris Rodriguez told the Record of Bergen County, “Acts of terrorism both here and abroad reflect a dramatic shift in our threat and risk landscape, one in which the risks are becoming much more decentralized and diffuse than they’ve ever been. […] In cases of homegrown violent extremism…small security enhancements can act as a deterrent for people to conduct attacks.”

Making more organizations eligible to apply for security funds in response to the increased level of fear and concern was good news for those entities able to seek state help for the first time. But it came at a cost to other parts of the nonprofit community: The governor dropped $7.5 million in funding for security grants for nonprofit schools from his 2018 budget.

Avi Schnall, New Jersey director of Agudath Israel of America, spoke for many in the parochial school community when he told a state senate committee, “To say that we are stunned and disappointed would be an understatement. At a time of rising anti-Semitic attacks and threats nationwide, this is a time to increase private school security.”

To resolve this dilemma, the New Jersey state legislature is debating ways to increase the funding pull so no one has to get less for others to get the help they need. While the legislature does its work and two parts of N.J.’s nonprofit community struggle over how best to cut up the funding pie, a larger and very uncomfortable question needs to be raised. New Jersey legislator Assemblyman Gary Schaer clearly made a case for the need for increased security: “Let’s understand that children’s lives are at risk here. That’s literally what it comes down to.” But is the security of private, albeit nonprofit, organizations and those they serve a matter of public responsibility? And, does it make a difference when these organizations are religious in nature and thus ineligible for many other forms of government funding? Does terror trump the separation of church and state?—Martin Levine