Funding the Ferguson Commission to Do Something 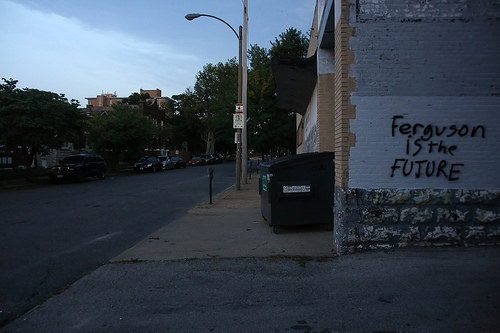 There was one dissenting vote in the decision of the Missouri Development Finance Board to authorize a grant of $100,000 for the so-called “Ferguson Commission,” whose members were sworn in earlier this week by Governor Jay Nixon. Noting that other studies have been done in the past, Lt. Gov. Peter Kinder indicated that he expects the report of the Ferguson Commission to “gather dust on lots of shelves…[and not] be an important part of the solution to Ferguson.” Where will the remaining funding for the commission come from? Given the Republican victories in the elections, giving the GOP control of both houses of the state legislature to face off against a lame-duck Democratic governor, it would appear that philanthropic contributions will be needed and sought.

The MDFB made its grant from its cash reserves, but the money will be administered by the United Way of Greater St. Louis. The grant will pay for “operating costs, research and other related expenses,” according to a letter from Mike Downing, the director of the Missouri Department of Economic Development, to Marie Carmichael, the chair of the MDFB. However, Downing indicated to Carmichael that the total costs of the commission could be as much as $1 million.

In an editorial, the Post-Dispatch described Kinder’s “no” vote as a mistake. It called on the commission to examine why other commission reports have ended up as dust-collectors. However, the editorial also advised the public not to “expect miracles” from the Ferguson Commission:

“St. Louis has long pushed questions of racial inequities under the rug. Patterns of housing segregation that developed over decades won’t be reversed overnight. Inequities in school funding, and gross inequities in student outcome, do not lend themselves to short-term fixes. All too often, student achievement is tied closely to poverty rates, and job opportunities are a function of educational attainment. No group of 16 individuals, no matter how diverse and talented nor how well staffed and funded, can fix that in 10 months.”

It isn’t clear whether Kinder is correct or incorrect in his across-the-board critique of commission reports. For example, a state commission on tax credits recommended that many Missouri tax credits should be eliminated, and apparently some have been nixed by the state legislature, though efforts to reinstate some have been undertaken at various time, including expanded tax credits for anti-abortion pregnancy counseling centers. Instead of comprehensive tax credit reform as the commission recommended, the changes appear to have been piecemeal, with some credits modified and capped, but others simply extended, and even new ones introduced.

To answer Kinder’s critique, Nixon’s commission is going to have to get a more precise charge than it currently has, else it will be issuing a report that comments on but does little to address a broad range of mega-issues that are outside of the ability of metropolitan St. Louis or the state of Missouri to address on their own. But in addition, complementing the commission’s review, there has to be ongoing and stepped-up community organizing and policy advocacy toward building a political dynamic for action. If there is good to come out of the commission, it will have to be translated into gubernatorial policy and legislative action. While the report might generate useful ameliorative ideas, the basis for turning ideas into action depends on political mobilization. The commission’s work shouldn’t substitute for, but rather build on the legitimate protests of activists in Ferguson and elsewhere demanding that the circumstances that led to Michael Brown’s death be corrected.—Rick Cohen