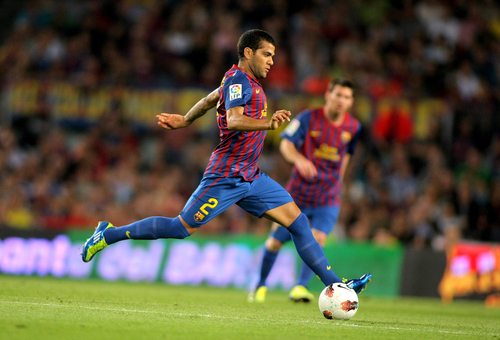 Futbol Club Barcelona, better known as FC Barcelona, had a two-part stellar reputation. One part of its reputation comes from its play on the field, where the team has the most cup titles of any team in Europe. Another part was its fervent anti-commercialism, refusing to sell ad space on the players’ uniforms, unlike other teams whose uniforms look like free-form artworks of corporate logos. That was until last year when FC Barcelona gave up its donation of uniform space to UNICEF in favor of selling uniform space to Qatar Sports Investment and the Qatar Foundation in a five-year deal worth roughly $225 million to the financially strapped team.

Now comes word, however, vaulting FC Barcelona back into the forefront of sports philanthropy. The international nonprofit Worldreader has launched a campaign to distribute one million digital books to students in sub-Saharan Africa. To accomplish this, Worldreader is asking for $5 contributions from one million donors. Through soccer stars Lionel Messi, Eric Abidal, Xavi Hernandez, Seydou Keita, and others, FC Barcelona is playing a leading role in encouraging African students to take advantage of the Worldreader e-books (on Amazon Kindle e-readers). Former Amazon VP David Risher (who was also once a general manager at Microsoft) and his Worldreader cofounder Colin McElwee tested their ideas first in Barcelona and actually operate the nonprofit from offices in Barcelona and Seattle.

FC Barcelona’s internationally recognized star players could actually accomplish a great deal here. More than four out of ten potential recipients of the e-readers have never used a computer, much less a Kindle, perhaps making the Worldreader program a tough sell. However, Worldreader does have success to point to: the nonprofit already has a track record of distributing some 100,000 e-books in Ghana, Kenya, and Uganda, and claims to have seen a quantifiable improvement in literacy in those places.

Worldreader only got its 501(c)(3) approval in October of 2010, which the IRS backdated to March of that year. Its Form 990 for 2010 shows that it had less than $200,000 in total revenues.  The organization acknowledges donations from the likes of Bill and Melinda Gates and Jeff Bezos, who presumably were able to make contributions larger than $5, on down to “Uncle Steve.” It also touts support from the USAID’s Global Development Alliance; Worldreader describes the program as “innovative” and characterizes the desk officer at USAID in Ghana as “heroic.”

This very young nonprofit got USAID global partnership support in its first few months of existence—not a bad deal, and one can see the USAID rationale. USAID describes the Global Development Alliance as “a market-based business model for partnerships between the public and private sectors to address jointly defined business and development objectives.” Among the key elements is at least a 1:1 leverage of USAID resources and the participation of “non-traditional resource partners (companies, foundations, etc.).” One has to guess that USAID views the potential or actual participation of Microsoft and Amazon as the kinds of “aligned private capital” USAID hopes to see in this program.

Our hope is that Messi and Keita align FC Barcelona with a potentially innovative social enterprise that combats illiteracy in sub-Saharan Africa, and that USAID’s Global Development Alliance keeps a close eye on Worldreader to make sure that it delivers on its enthusiastic promises.—Rick Cohen