Gates and World Bank Back Tech Aided Access for the Underbanked 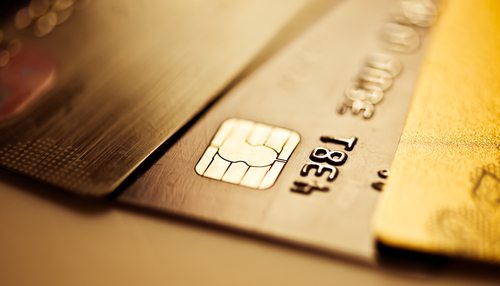 Imagine living without a connection to a bank or financial institution. Your check from your employer must be cashed at a check-cashing store, where they charge 5 percent of the check amount. You cannot shop online, do not have access to credit, and are likely terrified of being robbed. If you need to send money to a child living in another state or family member living in your country of origin, you are charged 5-8 percent to send funds to them, and they then pay another 5-8 percent to cash the money order. Luckily, new technology is on the horizon to help millions gain monetary protections and increase credit opportunities, leading to small business expansion and more hope for those trying to climb out of poverty.

The number of people living in the United States and in the developed world without access to the convenience and safety measures banks provide is staggering. In the U.S., an estimated 9.6 million adults live without a bank account. Internationally, an estimated 2.5 billion adults, including 59 percent of people in the developing countries, live in a cash-only society without access to credit or other opportunities to grow their small businesses. Access is particularly limited for women in these countries: 63 percent, compared to 54 percent of men, do not possess an account. The numbers increases to more than 75 percent for adults living in extreme poverty.

In the United States, the end of the recession and the onset of new technology have created new avenues for the poor to access banks and financial institutions. According to the Federal Reserve, 25 million Americans built a relationship with a bank or other financial institution for the first time in 2013. Of those, more than a third opened an account because their new employer required direct deposit.

Unfortunately, for far too many, this new relationship is limited. The same report identified one in five, or over 67 million, underbanked Americans; this number remained constant from the previous year. The report defines the underbanked as those using a check cashing or other “alternative” service at least once in the last year.

For many, the relationship with their bank is limited due to a growth in bank fees and prior negative bank history due to the recession. A 2013 Bankrate.com survey found bank fees rose for the fifteenth year in a row. This limited relationship constrains the poor’s ability to exit poverty. According to The Cost of Cash in the United States, a Tufts University report, the unbanked and underbanked throw away more of their money on fees and spend more time waiting in line to receive their funds than those with full access to financial services.

Internationally, people remain unbanked because of lack of documentation, arduous regulations, and ineffective and obsolete financial infrastructure. They are unable to prove their assets, identity, or reputation, crippling potential business opportunities and leaving developing countries with little opportunity to grow. Fortunately, digital technology is changing access to money nationally and internationally, but in different ways.

In the U.S. and other developed countries, digital technology is creating a stronger connection between people and their money. New mobile applications allow people to deposit checks without visiting a teller. Text alerts provide notice of potential insufficient funds or low balance penalties before fees are accrued. Although these features are available to all account holders, low-income individuals tend to use them more. In the long run, they can turn the underbanked into full access consumers, but they do little to connect the unbanked.

Internally, technology is developing innovative financial systems that lead to new relationships with banks for millions of people. The epicenter for this growth is in Africa, where a partnership between the World Bank and the Gates Foundation is encouraging the creation of a digital payment system. One of the companies leading the way is M-Pesa. M-Pesa transmits funds via SMS or digital messaging. It was launched in 2007, and currently two-thirds of the Kenya adult population uses it, transferring funds with minimal fees of one to three percent. It is also available in the Democratic Republic of Congo (DRC), Egypt, Fiji, India, Lesotho, Mozambique, Romania, South Africa, and Tanzania.

The system is on the verge of tremendous additional growth, with last week’s partnership between M-Pesa and MoneyGram. The new system will connect funds between people in ninety countries using their mobile devices. Continued expansion of these services will open up $9.6 trillion in assets, according to controversial Peruvian economist Hernando De Soto.

We would love to hear from readers on this and similar projects.—Gayle Nelson