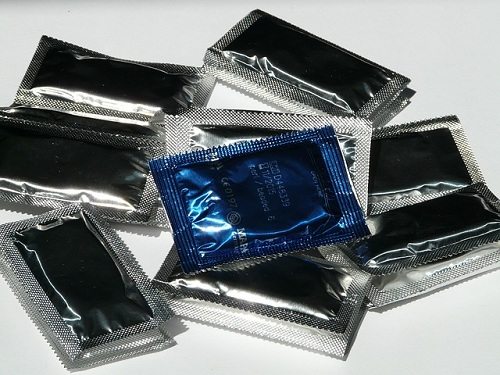 The simplest form of birth control is getting men to wear condoms while having sex. The little latex scabbard can be manufactured cheaply and used to ward against both unwanted pregnancies and sexually transmitted diseases like the HIV infection. As with any medical instrument, its success depends on its use. The main obstacle is that men often don’t think intercourse feels as good when wearing a condom. For women who would like to avoid having their partners cause pregnancies or disease, it often takes a bit of negotiations to get one’s partner to wear the protective covering.

To encourage more widespread condom usage, the Bill & Melinda Gates Foundation has made the “next generation of condoms” the target of the foundation’s current round of “Grand Challenges Explorations.” The foundation asks, “what if we could develop [a condom] that was preferred to no condom?” In this approach, the key to getting men to use condoms is to design them so that men see them as improving their sexual experience. For example, Origami Condoms is, according to the Gates Foundation’s Impatient Optimists blog, “a private enterprise focused on new condom design to promote consistent use by emphasizing the sexual experience.”

The Grand Challenges Explorations (GCE) is a $100 million program that the Gates Foundation created in 2008. The competition awards prizes to proposals that present “new tools that can radically improve health in the developing world.” As described by the foundation, “Grand Challenges Explorations is an agile, accelerated grant initiative with short two-page applications and no preliminary data required… Applications are submitted online, and winning grants are chosen approximately 4 months from the submission deadline. Initial grants of $100,000 are awarded two times a year. Successful projects have the opportunity to receive a follow-on grant of up to $1 million.” Past GCE awards have addressed themes such as effective single-dose vaccines that can be used soon after birth, needle-free delivery systems, and biological and chemical strategies for depleting or incapacitating disease-transmitting insect populations.

Due May 7th, the new round of GCEs will include proposals for the next generation of condoms. Examples of the kinds of work that might get recognized by the foundation include new materials for preserving or enhancing sensation, “new condom shapes/designs that may provide an improved user experience,” and “Application of knowledge from other fields…to new strategies for improving condom desirability.”

It would be easy to make facile jokes about sex and condoms, but the subject is important, especially for commercial sex workers in developing countries who are often hard-pressed to win “condom negotiations” with their partners. Our question is more about the theory of prize competitions like the GCE. Do they work? Do they work better than simply funding researchers at major universities and research labs to explore the issue in their research agendas? —Rick Cohen