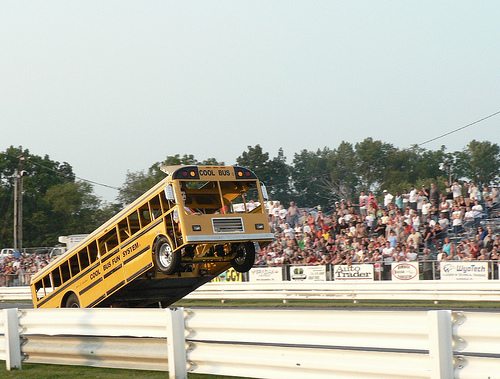 Money talks. The Bill & Melinda Gates Foundation has plenty of money to promote what it thinks and says is important. A $40 million grant by the Gates Foundation to the Pittsburgh Public Schools is in jeopardy because the foundation is upset with the lack of an agreement between the school district and the teachers’ union over a core element of the grant.

The $40 million is an unparalleled foundation grant to the school district to “reward exceptional teachers and retrain those who don’t make the grade.” Tying up the grant is the failure to date of the school district and the teachers’ union to reach an agreement over teacher evaluation standards. The standards under consideration by Pittsburgh for the Gates grant would be more stringent than those used to evaluate teachers elsewhere in Pennsylvania.

The foundation’s public statement issued last week made clear what the grantmaker wanted to see from Pittsburgh’s political and educational leaders:

“The Gates Foundation made a significant investment in Pittsburgh because their leaders were committed to ensuring every student has an effective teacher in every class. This is complicated work that requires collaboration; the commitment of the board, the superintendent and the union was a requirement of the grant. We are disappointed by the current turn of events.”

As a result, Pittsburgh Mayor Bill Peduto flew to Seattle to ask for nine months to broker a deal between the school system and the union, motivated by the prospect of a free $40 million addition to the (proposed) 2013 budget of $521.8 million for the Pittsburgh Public Schools.

This is probably an extreme example of “high-stakes testing” of teachers. With a significant reliance on student test scores for determining teacher performance, teachers are duly wary of standardized tests, which diminish the socioeconomic factors of student performance, even when the consequences could be teacher dismissals and even school closings. In this case, the high stake facing the teachers’ union is the school district’s loss of a free $40 million.

Critics of the teachers union would counter that the union has more resources to deploy against this deal than A+ Schools and other education reform advocates, especially with the intervention of the American Federation of Teachers on behalf of the Pittsburgh teachers. One conservative education blogger called the efforts of the AFT and its executive director, Randi Weingarten, hypocritical, saying, despite her frequent statements about a willingness to collaborate, “Weingarten and her fellow unionists…[believe that] they need to win this fight, whatever the cost.”

Whatever the Pittsburgh teachers’ union and its national AFT ally can bring to the table, they still have to face off against the largest privately endowed foundation in the world and its ability to withdraw a $40 million grant. As represented by KDKA, the foundation and the education reformers are leading in the public perception game. According to KDKA, “Without an agreement in short order, this grant will die on the vine, the school district will receive a black eye and a golden opportunity to improve education here in Pittsburgh will be squandered.” No question about it, a $40 million grant speaks volumes.—Rick Cohen