George Mason’s Law School Naming Woes: From the Ridiculous to the Disturbing 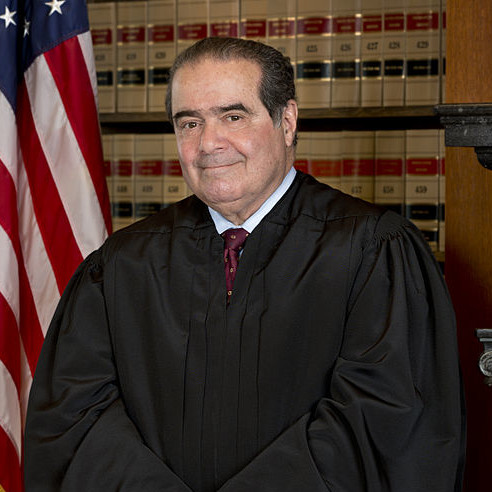 NPQ has often written about the problem of naming buildings after donors who later become tainted—in fact, we covered one just a few days ago. At times, the problem extends to donors and honorees who start with a load of controversy. George Mason University is considering those questions now.

On Wednesday afternoon, with encouragement from student activists, the faculty senate at George Mason University voted 21–13 to express caution about the renaming of the law school for late Supreme Court Justice Antonin Scalia, issuing a resolution explaining their reasons. This reads, in part:

The Faculty Senate of George Mason University expresses its deep concern with the terms of the $30 million gift agreements to support the university’s School of Law and to name it the Antonin Scalia School of Law. [sic]

The Senate recognizes that the gifts provide $30 million in scholarship support for law students and memorialize Justice Scalia’s many years of public service and his intellectual contributions to jurisprudence. At the same time, the Senate finds these aspects to be problematic:

So, there is not only concern about having the values Scalia stood for associated with the school, but also with the two major donors buying the naming rights. One donor is anonymous, but approached the school through the conservative Federalist Society with a $20 million gift; the other donor is the Charles Koch Foundation for $10 million. The strong donor politics leave many worried, both about the potential for an abrogation of academic freedom and also the probability that the combination of donor and honoree will give the perception that the school is essentially a conservative legal stronghold.

The money does have the potential to have outsized influence. Not all the money is going into an endowment, but some will be used, according to the Washingtonian, as follows:

The $30 million will endow three new scholarship programs, one of which will be named after Scalia himself. Another will be named after the 20th-century economist Friedrich Hayek. Butler says between 50 and 60 scholarships will be awarded each year. The money will also be used to hire as many as 12 new professors to the current faculty of 35.

Neither the faculty nor the students have any formal voice in the matter, but the process seems to have been cursed from the beginning, with some group of brilliant academics and captains of industry agreeing on the name “Antonin Scalia School of Law,” which, as students and online jokesters quickly realized, becomes the unfortunate acronym ASSOL. Within a week or so, GMU president Angel Cabrera acknowledged the name as “the worst in the school’s history” and formally rechristened it the Antonin Scalia Law School. It’s not the kind of thing that just disappears, however, especially when there’s as much opposition as in this case.—Ruth McCambridge