Ghouls for Good: 13 Haunted Houses That Raise Money for Charity 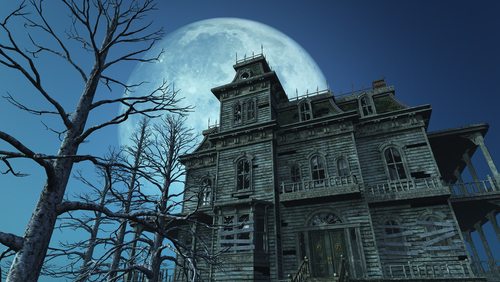 Halloween is associated with all kinds of horrors, including the dreaded “sugar rush” amongst the very young (and also the older), but it also has its lovely life-giving and charitable side, often embodied in the haunted house. The tradition of Halloween charity is a long one. Some children were even talked into raising money for UNICEF in lieu of candy as far back as the World War II era. But more recently, the relationship between Halloween and charity has changed shape.

When I was a kid, I converted our family garage into a haunted house to raise money for the Muscular Dystrophy Association, which I knew back then as Jerry’s Kids. With some Christmas lights, aluminum foil, and a card table, I transformed a hidden room that had housed a still during the Prohibition Era into Frankenstein’s lab. A large cardboard box doubled as Dracula’s coffin and I played an LP soundtrack of very scary Halloween noises that I listened to so often that I still remember it.

It seems that the haunted house industry is born of charity fundraisers, including those operated by the Jaycees in the mid 1970s. In those days, haunted houses were usually staffed by volunteers and took place in vacant buildings for one night. Later, in the 1980s, they transformed into large, for-profit local attractions. With the advent of the Internet and broadband, haunted houses could showcase videos, photos, logos and more, enabling the worldwide promotion of their events as high-end attractions. Today, there are people from all over the world who travel from city to city in search of haunted houses, many of which employ the kind of acting talent and special effects used in big budget horror films.

I thought it would be fun to dig through the listings of haunted houses across the U.S. and exhume some of the more interesting spook factories that either solely donate proceeds for nonprofits or provide some significant support to nonprofit organizations. It does not escape us that some of these attractions exploit either real disasters of the human spirit with real human victims, while others heighten irrational fears about “others.” We’d rather they stuck to the zombies and ghouls, but so it goes. Just reporting the facts. Below are 13 Halloween attractions, in no particular order, that are giving back to their communities while scaring the bejesus out of them. Know of others? Feel free to add them to the comment section below!

Clearly, the industry retains its charitable roots. According to Hauntworld Magazine, more than 80 percent of all haunted attractions across America are operated by a charity or help to benefit a charity of some kind, raising tens of millions of dollars for charities nationwide. “Haunts” have worked with major nonprofit organizations such as Boys and Girls Clubs, Children’s Miracle Network, and continue to help support a frightful number of local organizations. Like a kid dangling a rubber spider in front of his friends, it seems that some among us still can’t get enough of Halloween haunts.