Giving Report Shows Growth, But Not for Everyone 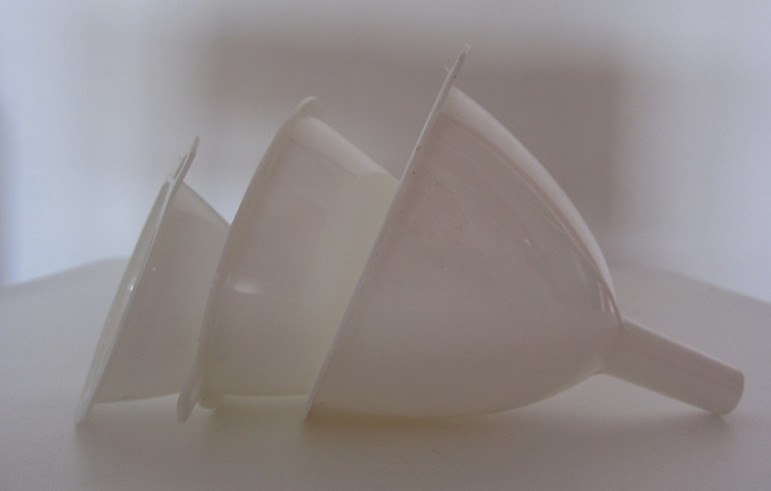 Blackbaud’s latest report indicates that nonprofits are still seeing an uptick in post-Recession giving. While Blackbaud’s report from last year revealed gains for small and mid-sized nonprofits, in 2015 small nonprofits were the ones making inroads. Overall, giving to nonprofits in the Blackbaud sample grew by 1.6 percent. Other key findings are that giving to international affairs organizations grew the most in 2015, while higher education institutions had the largest increase in online giving for the second year in a row. Though consistent with Giving USA’s numbers from last summer showing overall growth, specific giving data in terms of individual income brackets and actual donor numbers show that charity can’t be wrapped up with such a neat bow.

Last year, Steve Boland provided some insights for NPQ readers about Blackbaud’s previous report. As he pointed out, the Blackbaud sample tracks only a portion of all charitable giving; however, it is a sizeable sample nonetheless that can be used as a bellwether. Even though some sources predicted a downturn in the nonprofit sector for 2015, Blackbaud’s data show that this didn’t happen, at least for the 5,379 nonprofits in their sample, and at least for the first eight months of the year. Blackbaud’s interactive monthly chart does show a steep drop-off in September and October, a probable consequence of last summer’s stock market plunge.

Although this report shows that charitable giving in real (inflation-adjusted) dollars is making a slow crawl up to pre-2008 levels, the observations of Ruth McCambridge in a 2014 newswire on Giving USA’s numbers still hold true a year and a half later: “Through these past few post-recession years, we have watched the gap between the very rich and the rest of us increase, so it is unsurprising that to hear that giving has increased as well, but we also need to ask, ‘Recovery for whom? Who is it that is giving, and to whom?”

We can find some sort of answer to these questions with the National Center for Charitable Statistics (NCCS), which describes the “U-shape” in charitable donations (as a percentage of income), with tax filers in the $45,000 to $50,000 range giving 4 percent of income, compared to only 2.4 percent for people in the bracket between $200,000 and $250,000. This is in keeping with the Chronicle of Philanthropy’s map of charitable giving, in that low- to middle-income Americans give a bigger share of their income. Interestingly, in surveys of the wealthy, people with deep pockets report that they give in droves (95 percent of households) and give 9 percent of their income. Even if some rough household division puts the rate at about 25 percent per person, this number is still very much at odds with the 2.8 percent to 5.9 percent reported by the NCCS, which bases its analysis on the IRS’s Statistics of Income (SOI) file. Ken Stern from the Atlantic Monthly found (although does not cite) statistics that the rich only gave 1.3 percent of their income to charity in 2011.

One problem with all these reports and surveys is that it’s easy to get lost in the blur of numbers. Reporters also tend to conflate household giving with individual giving and take surveys as gospel, even though people can say whatever they want about their donation habits. There is also no reliable way to track charitable giving that is not deductible, or not deducted, from federal income tax. In the meantime, we’re left with the job of discovering who exactly is driving all this growth in giving and where the money really goes. Again, for Ken Stern, “Wealth affects not only how much money is given but to whom it is given. The poor tend to give to religious organizations and social-service charities, while the wealthy prefer to support colleges and universities, arts organizations, and museums. Of the 50 largest individual gifts to public charities in 2012, 34 went to educational institutions, the vast majority of them colleges and universities, like Harvard, Columbia, and Berkeley, that cater to the nation’s and the world’s elite.” And, as NPQ regularly points out, “large donations from high dollar givers tend to be directed toward large institutions.”

Discrepancies in giving data come up in other areas besides overall giving, especially when it comes to actual numbers of donors. For example, GuideStar has said that about 70 percent of all individuals in the U.S. give to charity, but some have put this estimate at between 70 percent and 90 percent. In the latest World Giving Index, the U.S. isn’t even in the top ten in terms of percentages of people who give, and only 62 percent of people reported that they made a donation. Yet, another poll has 83 percent of people saying they gave money. All this is to say that, again, self-reported surveys are unreliable. Unfortunately, tax returns don’t shed clear light either because, as the NCCS explains in its November 2013 report, “No one knows how much non-itemizers give to charity.”

Number-push all we want, there’s no getting around the fact that—growth or not—many nonprofits still feel the fundraising pinch post-2008. It’s often said that nonprofits have to chase the same donors for money, a feeling definitely backed by charitable giving stats. The latest results for Canada (2013) show a continued trend over the past several decades that Cathy Barr, Vice-President of Imagine Canada, has called troubling: “The decline is consistent. Basically, you see a very long-term trend in tax-filers claiming donations, yet the same pattern you get from [Statistics Canada] is that the dollars being donated continue to increase. Both the survey data and the tax-filer data show that the proportion of people giving (or claiming donations on their tax returns, in the case of the tax-filer data) is declining. However, those donating are donating more. So the average and total amounts donated continue to rise. It’s certainly good that those still giving are giving more, but it’s worrying that fewer people are giving.” Overall, Canadians reportedly give less than one percent of their income to charity.

Of course, this doesn’t mean that the giving landscape is all darkness and despair. The signs from Blackbaud that small nonprofits are doing well at least provide hope that small organizations aren’t completely on the sidelines of the big philanthropy/big institution dance that increasingly forms the core of giving. However, aggregate reports like Blackbaud’s tend to elide the reality of how sub-sections of the population give and at what rates. And although Blackbaud’s report may show growth in many areas, this doesn’t mean that nonprofits in general still don’t have to fight for bigger boons from a smaller donor base.—Amy Butcher