Giving to Small Religious Charities on the Decline, ECFA Says 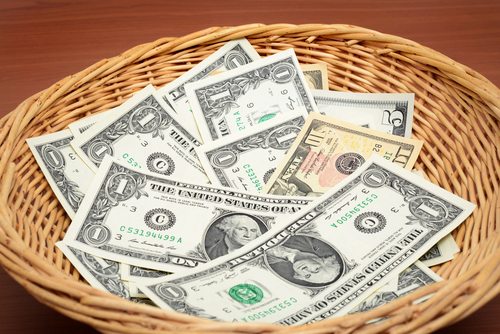 Like all statistics on charitable giving, information about giving to religion is subject to all kinds of interpretation, starting with what is meant by “to religion.” The Evangelical Council for Financial Accountability (ECFA) monitors and accredits some 1,750 religious organizations. Some are well known and large, such as Campus Crusade for Christ with $117 million in net assets, the televangelist Joyce Meyer Ministries, Pat Robertson’s Christian Broadcasting Network with $487 million in revenue in its fiscal year ending in 2012, and the Billy Graham Evangelistic Association with $258 million in net assets. ECFA also counts as members a variety of much smaller gospel missions, homeless shelters, thrift stores, prison ministries, family counseling programs, and other groups. That’s a pretty wide swath of what counts as a religious nonprofit.

Working from the financials that its members submit for accreditation, ECFA publishes a multi-part “state of giving to religion” report, with some insights into charitable giving to religious organizations that submit themselves to ECFA’s external review, notwithstanding that many religious groups are exempted from filing Form 990s as religious entities. Because financials are submitted based on differing fiscal years, ECFA publishes analyses of giving to its members in at least two pieces; one is released in the first half of the year, and another in the second. Its report for the first half of 2013 covers 610 ECFA-accredited groups, but from the press coverage, we can’t say which groups are in or out of this first analysis.

Nonetheless, the striking finding from the ECFA data is that “giving to large ECFA-accredited nonprofits and churches increased…2.4 percent in 2012, as compared with a 1.4 percent decrease for 2011, [but] giving to small organizations continued to decline for the second consecutive year.”

Dan Busby, the ECFA president, found the statistics speaking to him about the need for Congress to maintain current levels of charitable deductibility. To us, there is something else worth noting. Like the statistics we cited in past years’ Giving USA studies, there seems to be a trend in charitable giving that the nonprofits with some size and scale are trending toward better results and the smaller organizations are trending worse, regardless of whether overall national charitable or religious giving is up or down. It would be a sad state of affairs if charitable giving becomes a matter of “them that has, gets.” –Rick Cohen