“Godfather” of Texas GOP Comes out as Anonymous UT Donor 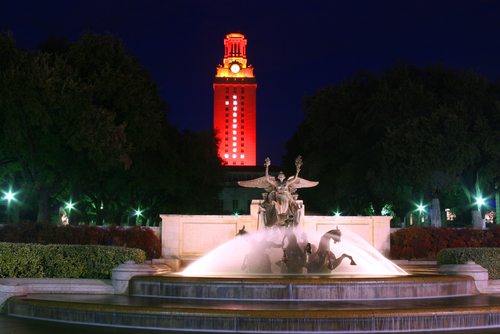 Over the past 30 years, Dallas residents Peter O’Donnell Jr. and his wife, Edith, have given more than $135 million to the University of Texas (UT) and most of that has been anonymous, according to the Austin American-Statesman. That reportedly changed last week as the UT System Board of Regents voted to name a $32 million engineering and science building for the O’Donnells. The building was paid for by the family’s foundation and has been open since 2000. The American-Statesman refers to O’Donnell as “something of a godfather of the state Republican Party.”

Many of the O’Donnells’ donations to UT have gone for endowed professorships, chairs, and graduate fellowships in computer science, engineering and biology. “For many years, the O’Donnells have eschewed naming opportunities,” said UT President Bill Powers, who told the Austin American-Statesman that it was not easy to get them to agree to the naming. –Ruth McCambridge