Does Good Research Outweigh Opinion? Not for US Education Policy 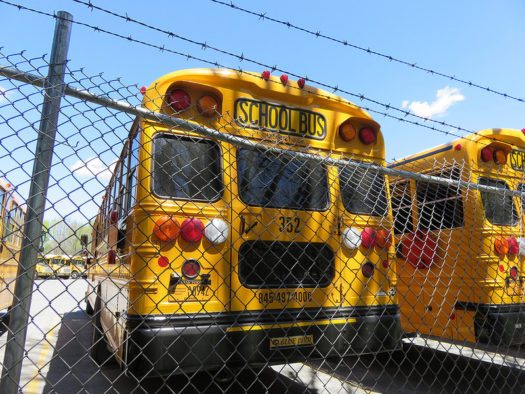 Is it too much to ask of legislators and policymakers that they build their efforts on solid, fact-based foundations? Last week, we learned that, at least when it comes to education policy and the market-based “reforms” being advocated by the Trump administration, it might be.

Buried in the recently passed omnibus budget bill that keeps the government operating and funds the federal government through next September is a provision that bars using “gold standard” research techniques to evaluate federally funded school voucher programs. According to Education Week, U.S. policy requires “the U.S. Department of Education and the Institute of Education Sciences to evaluate the voucher program every year. But instead of using randomized, controlled trials, which have been used in prior evaluations of the program, it calls for the evaluations to use ‘an acceptable quasi-experimental research design…that does not use a control study group consisting of students who applied for but did not receive opportunity scholarships.’” The bill does allow ongoing randomized studies to continue without changing their design.

Just weeks earlier, a disappointing report about Washington, D.C.’s voucher program, one that has been in place for more than a decade and has been cited as a model to be followed, was released. Using the very methodology now barred by federal law, a research team at the Department of Education’s Institute of Education Sciences compared a group of students who received Opportunity Scholarship Program vouchers with a matched sample of students who did not and found in their first year that “students using vouchers to transfer from a low performing school in search of a better education did not show growth in their new schools.”

There were no significant achievement impacts, positive or negative, for students applying from low-performing schools (those designated as “in need of improvement” or SINI), to whom the SOAR Act gave priority for scholarships.

EdWeek quoted Diane Stark Rentner, the deputy director of the Center on Education Policy, saying, “The study’s findings fit with a 2011 voucher research review conducted by CEP. That review found that vouchers have little to no impact on student achievement, but can boost parent satisfaction and graduation rates.”

I think it’s fair to say it sends a signal about evidence that’s inconsistent with [the Every Student Succeeds Act] ESSA. ESSA is pretty clear about the role of evidence and experiments, and this does muddy the water. […] Considering the topic in question, and in the context of having used strong scientific methods for the previous study and the current one, it’s at least unclear why now is the time to swap out strong methods and swap in weaker ones.

Good research might not always tell us what we want to hear. For its advocates, vouchers and charter schools are key elements in building a choice-based public education system they claim will improve educational outcomes for all students. They have argued that for children of color and living in low-income communities, choice will level the educational playing field. Secretary of Education Betsy DeVos stated this clearly in a statement reacting to the new study’s findings: “When school choice policies are fully implemented, there should not be differences in achievement among the various types of schools.”

If the omnibus budget bill is a harbinger of things to come, we are seeing leaders choose to ignore good information and make it harder to acquire better information so their beliefs and agendas are not challenged. That risks building policies and programs on a very shaky foundation. As Stanford Education Professor Martin Carnoy put it to the Washington Post, “It’s not a picture you should hang a policy on. The administration’s focus on choice is diverting attention from ways to really improve schooling. I think that’s the harm in all of this.”—Martin Levine