“Got Your 6” Campaign Launches Massive Blitz 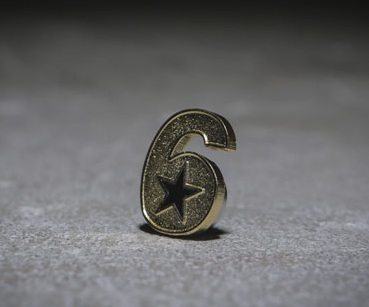 Have you heard the phrase “I’ve got your six?” If you aren’t in the U.S. military, you may not have, but you will. Expect it to be on television, on the radio, in billboards, in movie theaters and across a variety of print media and social media platforms very soon. Spearheaded by the Clinton Global Initiative and ServiceNation,
the “Got Your Six” campaign, which launched yesterday, is an effort to “bridge the civilian-military” divide in the U.S. as more and more servicemen and servicewomen return from Iraq and Afghanistan. As they do so, the question of reintegration into civilian life looms large, and the campaign assures veterans that the U.S. has their back after their service is through—having one’s back being the civilian translation of the military slang, “I’ve got your six.”

The goal of the awareness campaign is to transform the dialogue about veterans in America such that those returning are not seen as liabilities, as veterans returning from other conflicts have often been treated, but as civic leaders and assets. Here is the campaign’s initial star-studded public service announcement, which will likely be coming soon to a screen near you:

Before you dismiss this as just another Hollywood PSA campaign so that everyone in tinsel town can feel good about themselves, know that the “Got Your 6” campaign comes with tangible goals to help veterans beyond simply raising awareness of their concerns. The campaign’s “six pillars” match a key returning veterans’ concern with an organization suited to help address the issue as a “lead activation partner.” The U.S. Chamber of Commerce’s Hiring Our Heroes program will lead a campaign on jobs for veterans. The Student Veterans of America and the Pat Tillman Foundation will focus on education for returning veterans. The 100,000 Homes Campaign will target veterans’ housing, while Give An Hour will focus on veterans’ health. In addition, Blue Star Families (recently highlighted in NPQ’s feature on the role of foundations in providing aid to veterans) and the Military Child Education Coalition will work on issues of importance to veterans’ families, and The Mission Continues will key in on issues of veterans assuming leadership roles in civilian life.

Together, this coalition, along with many other nonprofit partners, seeks to create a better, more holistic pathway to veterans’ reintegration as well as more understanding of veterans in American culture at large. That’s an admirable goal that we can all get behind—even during an election year. NPQ hopes the campaign’s execution lives up to its ample hype. –Mike Keefe-Feldman