Gov. Cuomo Mulls Turning to a Nonprofit for N.Y. Oversight of Disabled 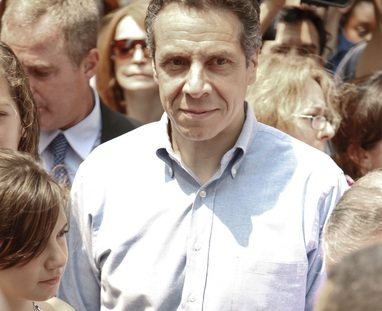 New York’s Commission on Quality of Care and Advocacy for Persons with Disabilities (CQC) appears likely to lose some of its oversight and monitoring responsibilities for facilities caring for New Yorkers with disabilities, based on recent statements from the administration of Gov. Andrew Cuomo. The agency essentially condemned itself in a recent report due to the “fundamental conflict” of its inability to go toe to toe in court with the Cuomo administration or to push for legislation on behalf of people with disabilities. The report’s findings come after two related federal challenges this year.

The Department of Health and Human Services reported in January that the CQC lacks independence from the governor, has lax fiscal accountability and has violated federal law. In addition, the United States Court of Appeals for the Second Circuit made a key decision in a case decided last month, ruling that Disability Advocates, Inc., one of about twenty nonprofits contracted by the CQC, lacked standing to sue on behalf of grieved New Yorkers in essence because it was not officially designated as the state’s official protection and advocacy agency (the case challenged what some have as alleged to be unnecessary “warehousing” of thousands of adults with mental disabilities in institutions).

Leaders of several contracted nonprofits have acknowledged the shortcoming of government advocating against itself, calling out both the lack of independence of the appointed organizations and the multi-agency system’s built-in inefficiencies. Bridgit M. Burke, who leads the Civil Rights and Disabilities Law Clinic at Albany Law School, stated, “We have to have independence and we have to be able to take action when we see people’s rights are being violated.” Cliff Zucker, the executive director of Disability Advocates, lambasts the system’s tactical bumbling: “If you look at it right now, there are 20 different agencies doing this job—that does not lend itself to a coordinated advocacy strategy.”

Last Monday, Courtney Burke, the commissioner of the Office for People With Developmental Disabilities (OPWDD), the state agency that is responsible for operating and regulating the state’s thousands of group homes and institutions, put a game face on and addressed the New York State Senate: “I do recognize that advocates and parents feel that the system has not transformed itself fast enough,” she said, adding, “We have, in fact, made tremendous progress.” That may be true, but after the Health and Human Services report and the federal court ruling, it seems the Cuomo administration is reading the federal tea leaves correctly and will likely hand over at least some oversight of the disabled to a single nonprofit agency. The question in play now is what lucky agency that might be. –Louis Altman