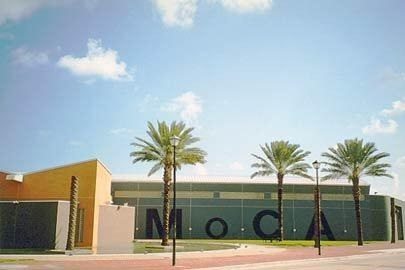 North Miami’s Museum of Contemporary Art (MOCA) is in the midst of an ugly public dispute that underscores the importance of sound nonprofit governance and demonstrates clearly why mission matters so very much—or should—when weighing strategic options. MOCA operates in a building owned by the City of North Miami, but the museum is a 501(c)(3) nonprofit with an independent board. While it is generally considered a key role of any nonprofit board to hire (and fire) the senior staff leader, in this case the museum director position is a city employee, appointed and paid by the city, but requiring board approval. That’s a complex formula, one that perhaps works when times are good. These days, times are not so good at MOCA: Two individuals—one appointed by the board, one by the city—each claim to be the museum’s director; a major foundation has withdrawn a $5 million endowment grant; programs are being scheduled by one faction and cancelled by the other; and because the board and city have each brought lawsuits against the other, court-ordered mediation is now underway.

Key to the dispute is resolving the question of staff leadership. When a previous executive director resigned last summer, the board named curator Alex Gartenfeld interim director. Earlier this year, the city hired Babacar M’Bow as director—an appointment the board has refused to approve, in an elaborate game of “we said, they said,” as reported by the Miami Herald. The city, meanwhile, has stopped paying Mr. Gartenfeld, and in statements about the dispute has begun referring to the board as “the outgoing board.”

Underlying the tension around the staff leadership are desperately important questions about mission, community, governance and, yet again, “ownership” of a charitable organization and, in this case, its collection.

In 2012, the citizens of North Miami rejected a $15 million bond proposal to dramatically expand the city-owned building that houses MOCA. The city provides about 25 percent of the museum’s annual $4 million operating budget. The board of directors, which generates much of the balance of that budget, concerned that the existing 23,000-square-foot space could no longer contain the museum’s growing collection, and that the city was not providing building maintenance and security as outlined in its management agreement, began to explore other options.

Or at least, that’s one version of the story. Another version might go something like this: The MOCA board of directors, several of whom had donated works to the museum, concerned that the collection itself was perhaps not being well-served by the City of North Miami and its populace, began to explore other options. Among those options was merging its collection into the Bass Museum of Art in Miami Beach, an international cultural hot spot roughly 12 miles from the North Miami venue—but light-years away from the MOCA mission.

MOCA was established in 1996 in the heart of North Miami’s largely working-class Haitian-American community, and its mission states that the organization “is dedicated to making contemporary art accessible to diverse audiences—especially underserved populations—through the collection, preservation and exhibition of the best of contemporary art and its art historical influences.”

As the board and the city continue to slug it out over issues of governance, staff leadership, who “owns” the collection and what that means relative to the possibility of relocating it, a community hangs in the balance. As reported by the Miami Herald, the John S. and James L. Knight Foundation has withdrawn a $5 million endowment grant made to MOCA in 2007 owing to the dispute; the funds have been moved for now to the Miami Foundation. At least one report, from the Miami New Times, has suggested that this is “a battle over race,” and a symposium last weekend hosted by Babacar M’Bow as a MOCA program with support from the Florida Africana Studies Consortium, included a segment titled “What Happens When Politics of Class and Culture Collide” appears to have been pulling on that thread and, as reported by the New York Times, “featured blunt criticism of the board and its actions.”

NPQ will continue to follow this story. For now, we’ll conclude with an excerpt from the Miami New Times article cited above, because it so perfectly captures the absurdity of the situation:

“No one better exemplifies the chaos at North Miami’s Museum of Contemporary Art (MOCA) than local artist Pablo Cano. The conceptual puppeteer, who has for 16 years staged wildly popular marionette shows for the museum, received a call from Alex Gartenfeld, the museum’s current interim director. He told Cano this year’s The Art of Play was cancelled.

“Shortly afterward, Babacar M’Bow called. He identified himself as the museum director, recently appointed by the City of North Miami, and advised Cano to continue working on the production for MOCA, leaving the artist feeling like a puppet himself being toyed with by opposing factions fighting over control of the museum.”