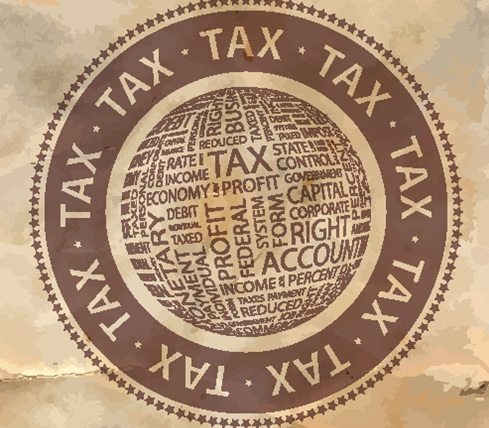 The president and CEO of the Northwest Area Foundation, Kevin Walker, posted his reflections on his participation in the Foundations on the Hill (FOTH) lobbying effort earlier this month.  Like many of his colleagues, he notes that the cosponsors of FOTH (he names only the Council on Foundations) had participants focus on “one single point: preservation of the charitable deduction in the tax code.”

Walker notes that the current deduction allows the top tax bracket a charitable deduction of 39.6 percent, which means a top rate taxpayer making a $100 gift to charity would currently find his or her taxable income reduced by $39.60. Under President Barack Obama’s proposal for a 28 percent deductibility cap, only $28 of that $100 gift would be reduced from the taxpayer’s taxable income. Walker observes, “The notion is that such a cap will bring desperately needed funds into the treasury in a way that wealthier donors can easily afford…but credible research suggests the change would drive down charitable giving.” Walker cites an estimate that the president’s proposal would result in a loss in charitable giving “on the order of $5.6 billion in yearly donations.” Citing the impact of the “Great Recession” on charities, he declares the use of a charitable giving cap “unacceptable.”

In terms of nonprofit funding sources, Walker’s rationale of why to favor philanthropy over government revenues is worth reading and understanding: “charitable giving – neighbor helping neighbor, citizens organizing their own institutions and supporting them ourselves – comes before our obligation to fund Uncle Sam,” he writes. He suggests that is why it is important that the charitable deduction reduces taxable income before subjecting income “to government intervention, including the government’s taxing authority.” He argues that if the “charitable deduction capped at 28% is good enough, then we accept that the government comes first. In this country, the people come first, not our government.”

It is an interesting analysis and an important one to explore. Walker’s argument is rooted in the idea that giving to government (i.e., taxation) is for the sake of government while giving for charity is for the people. Of course, government is supposed to exist to benefit people, too.  Charitable giving goes to 501(c)(3) nonprofits, which also are supposed to benefit people.  However, Walker implies that government is some how less direct and more alien to people than the nonprofit sector.

Perhaps he means to suggest that not all government expenditures are particularly beneficial to people. The government’s massive Pentagon budget, for instance, doesn’t help to feed, clothe, or house people. But does that mean that charitable giving is without expenditures that some might consider less than beneficial to ordinary people? Many would suggest that a large proportion of the charitable giving of taxpayers in the top tax brackets addresses little of basic needs for lower and middle income households in this country. For instance, philanthropic support for an art museum doesn’t help to feed, clothe, or house people, though culture and the arts “feed” people in other ways. Moreover, a very large portion of charitable giving goes not to charity, but to religion, serving exclusive portions of the public for sacerdotal purposes, not community benefit purposes.

We must also remember that, as a societal function, charitable giving that benefits people depends on the decision-making of individual givers. If these givers choose to pay attention to certain societal needs and not others, there is no redress for the latter. For government, however, taxpayers vote. As damaged as the democratic process might be, there is more input and redress available to taxpayers into government’s use of revenues than there is to charity’s or, for that matter, institutional philanthropy’s, use of funds.

If a foundation makes a decision that communities it aims to help dislike or oppose, those communities cannot intervene in the foundation’s decision-making. They cannot elect or unelect the foundation executive or board, or challenge the foundation’s decision in the courts. That is something that the Northwest Area Foundation knows well, due to groundbreaking attempts to challenge a NWAF grantmaking program, implemented by Walker’s predecessor and terminated by the NWAF board, that the courts ultimately rejected in broad terms for a lack of the plaintiffs’ standing, if nothing else.

Ultimately, Walker implies some measure of greater legitimacy and effectiveness to charitable expenditures over governmental expenditures. Is he right? Does the pre-tax deduction confer some sort of primacy on charitable giving over governmental taxation? If so, is 39.6 percent (or whatever the top marginal tax rate might be) sacrosanct, or does a cap of 28 percent undo the theory? If lowering the deductibility to 28 percent means, in Walker’s terms, that “government comes first,” why not raise the charitable deduction to 50 percent, 75 percent, or make it a dollar for dollar deduction, allowing donors to choose whether to support government or charity and religion? If a dollar for dollar deduction is too much, what is the optimum rate for capping the deductibility of gifts to charity and religion?—Rick Cohen