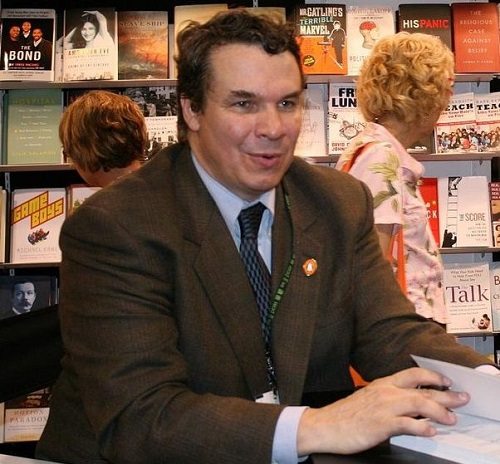 It’s difficult to know whether Greg Mortenson’s recent explanations of his fabricated Three Cups of Tea and Stones into Schools and of his charity’s misuse of funds are a buy or a sell. Would you buy Mortenson’s rationalizations after his mounds of made-up stories of his purported experiences in Taliban-controlled parts of Afghanistan and Pakistan, or might you rate his statements in an interview with Tom Brokaw just more of what led to his public exposure and the subsequent investigations of his charity, the Central Asia Institute?

At the time of the CBS 60 Minutes revelations in 2011 of the huge gaps between Mortenson’s stories and the truth, Mortenson’s advocates were sharply critical of CBS and its primary source, Into Thin Air author Jon Krakauer. NPQ covered this story in depth in several newswires. (You can find even more of our stories through our website’s search function.) Earlier this week, on the Today show, Mortenson told Brokaw that, “In maybe a strange, ironic way, I’d like to thank CBS and Jon Krakauer because, had they not brought these issues up, we could have gotten into more serious problems.”

It is an odd statement, shifting from the first-person singular to the first-person plural, and he followed that with a denial that he had really lied, just that in the course of editing down his books, “The stories happened, but…not in the sequence or the timing.” It isn’t clear, for example, how that explains the statement in one of his books that in 2000 he held Mother Teresa’s hand while she was lying in state—even though she died and was buried in 1997.

He told Brokaw that he has apologized “to people who were very adamant that I make changes” and he apologized more in the interview, but exactly what he’s apologizing for is unclear. When he was compelled by the Montana attorney general to repay $1 million to his own nonprofit, the Central Asia Institute, and step down from its board, he acknowledged that he “really didn’t factor in the very important things of accountability, transparency,” but that doesn’t quite get at the problems that the AG pointed out. At $1 million, Mortenson, claiming he operated from his heart, not his head, got off cheap. The AG’s investigation “found that the charity spent $4.9 million advertising Mortenson’s two books, $4 million buying copies of them to give away to schools and libraries, paid inappropriate speaking fees to Mortenson and had paid for charter flights for family vacations, clothing and Internet downloads.” Not only wasn’t the money quite going to the charity, what the charity claimed to be doing was false. “Nearly 30 of the 54 schools Mortenson’s charity built in Afghanistan…were empty, built by someone else, or not receiving support,” according to the CBS report.

What exactly is Mortenson apologizing for? It’s difficult to tell, in part because Brokaw didn’t push for specifics in the interview. According to Today show co-host Matt Lauer, Mortenson’s statement about the “more serious problems” he might have endured had he not been exposed by CBS and Krakauer meant more of Mortenson’s heart condition. He didn’t talk about more problems with the charity itself or the more serious problem of Mortenson’s co-author David Oliver Relin’s suicide in 2012. Brokaw didn’t probe Mortenson’s specific lies in the books or the deeper problems in the charity’s accountability that might not have been revealed by the AG. The former NBC Nightly News anchor is a resident of Montana, like Mortenson, and actually was an early donor to the Central Asia Institute.

It also isn’t clear exactly who Mortenson is apologizing to. For example, did he apologize to former Republican Rep. Mary Bono, who was quoted in Three Cups of Tea declaring “Greg is the real thing…and I’m his biggest fan,” personally connected him to high-profile powerbrokers in Washington, and even introduced legislation to give Mortenson a Congressional Gold Medal? Bono remained Mortenson’s defender even after the 60 Minutes exposé.

Brokaw reminded Mortenson that America is a nation that gives people second chances, to which Mortenson responded, “I’ve been given the privilege to come back again and be committed to this and do it in a more humble and—understanding way. I’m gonna try as hard as I can never to make the same mistakes again.” For many observers, we’ll bet that they didn’t buy Mortenson’s performance. It’s a sell.—Rick Cohen