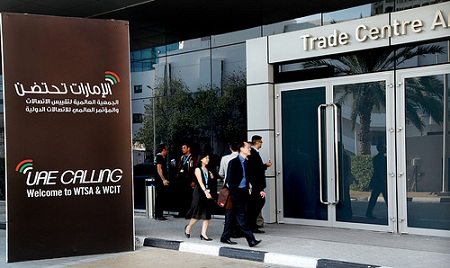 Several nonprofit groups have raised concerns as well, not just to the substance of the proposals before the ITU, but to the nature of the ITU meeting itself, arguing that the future of an open Internet should not be discussed behind closed doors. Thousands of organizations from hundreds of countries have joined together to promote an online petition to “protect global Internet freedom,” which reads:

“Internet governance decisions should be made in a transparent manner with genuine multistakeholder participation from civil society, governments, and the private sector. We call on the ITU and its member states to embrace transparency and reject any proposals that might expand ITU authority to areas of Internet governance that threaten the exercise of human rights online.”

Among the U.S. groups that have signed on to the campaign are the Center for Democracy and Technology, Fight for the Future, Free Press, the New America Foundation, the Workers Council Network, Sustainable Arizona and the Internet Defense League. Leading up to the conference, Brett Solomon, the executive director of the international digital rights NGO Access, wrote that his organization “had to fight just to read the proposals” that would be discussed at the conference.

When it comes to transparency and engaging stakeholders (which, in this case, would entail the entire global population of Internet users), it seems as though the ITU has much to learn. However, you probably needn’t worry—for now, at least—that the result of these closed meetings will be an international boogeyman that will encroach upon your Internet freedoms. That’s because a proposal needs to achieve unanimity to be accepted, and given that the U.S. and others have already raised objections, it seems unlikely that new rules would be adopted. Still, when one ponders the idea of governments hosting such talks behind closed doors, it’s easy to see why so many groups around the world have expressed alarm. –Mike Keefe-Feldman