Hardest Hit Fund Not a Hit for Homeowners 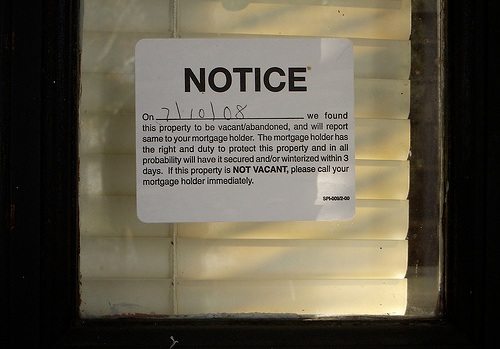 A new government audit reveals that the U.S. Treasury Department’s $7.6 billion program to aid homeowners has been largely untapped. The program, launched in February of 2010 with no advance notice to states, was intended to distribute federal relief funding through nonprofit agencies based on state determinations for usage. Participating states are charged with designing and administering their individual programs. So far, 18 states and the District of Columbia participate in the program and they had collectively utilized just three percent of the available funds as of January 1, 2012. Among these states, participation levels vary greatly, with Oregon distributing 16 percent of its available funds, California distributing two percent, and New Jersey distributing just 0.1 percent of available funds. The Hardest Hit program was created to provide cash to states facing high rates of unemployment and depressed housing markets. As stated on the Treasury website, Hardest Hit Fund assistance is intended to be a flexible resource for states via the following types of tools:

– Principal reduction to help homeowners get into more affordable mortgages

– Help for homeowners who are transitioning out of their homes and into more affordable places of residence.”

The audit exposes a number of major flaws—largely in the execution and accountability of the program—that have contributed to the poor utilization of funds despite the enormous glut of American homeowners in foreclosure or at risk of foreclosure. According to the audit, states were ill prepared to set up their programs and to engage mortgage finance heavyweights—Fannie Mae, Freddie Mac and banks—in meaningful participation in the programs. In addition, the program does not hold states accountable to specific, measurable goals. In response to the latter criticism, the Treasury Department responded that using a “one size fits all” approach to setting goals would run counter to the aim of the program, which was to enable states with flexibility in creating programs adapted to their specific markets.

Aside from the extremely low rate of utilization, the manner in which the funds have been deployed is also revealing. 95 percent of the funds have been provided to homeowners as unemployment assistance or payment of past-due amounts. Glaringly lacking are programs for principal reduction or second mortgage forgiveness, which typically require collaboration with Fannie, Freddie or banks. Of the large banks providing mortgage customer service, only Bank of America agreed to use the program, though nonprofit mortgage counselors told the LA Times that BofA has rarely approved principal reduction. Fannie and Freddie, which own 60 percent of the nation’s mortgages, and their regulator, the Federal Housing Agency, declined to participate, citing the “moral hazard” of incentivizing borrowers to default on their mortgages in order to qualify for principal reduction.

The Hardest Hit program demonstrates how incentive-only programs fall short without strong leadership and accountability. So far, we have seen only token participation by the players that count: Fannie, Freddie and the banks. As Christy Romero, the special investigator general for the Troubled Asset Relief Program (TARP), said in an interview, “The TARP money went out to banks within days, but here you have only 30,000 homeowners helped after two years.” Hopefully the inspector general’s audit will shake up the Hardest Hit program. Clearly, creating flexible home refinancing and forgiveness programs with incentives for financial institutions to participate is complex. But merely passing the buck to states to get it done is not working. –Paula Smith Arrigoni