Harvard Acknowledges Its Slaves and Its Role in Eugenics: A Cautionary Tale 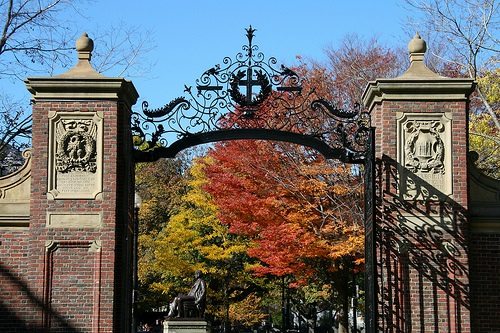 Last month, Harvard University agreed to take down the Law School’s seal, which used elements from the coat of arms of a donor who was also a slaveholder. The seal honored the family of Isaac Royall Jr., who, according to the Law School, was “the son of an Antiguan slaveholder known to have treated his slaves with extreme cruelty.” A special committee of law school faculty, students, dean, alumni, and staff all agreed that the shield should be discarded. Now, a plaque has been installed that recognizes the fact that Harvard itself had four slaves working at the president’s dwelling at the school in the 1700s. It is believed that there were more than that, but these four are the only names that are known.

President Drew Faust says this is part of a new push by the college to recognize the role of slavery in its history because, she says, “Harvard was directly complicit in America’s system of racial bondage.” Faust, a Civil War historian, has established a committee of historians to advise her on further steps, which may include a conference.

“We name the names to remember these stolen lives,” Faust said.

Around the time the plaque was being put in place, an article in Harvard Magazine documented the institution’s role in eugenics, the forced sterilization of people declared to be “feebleminded,” physically disabled, “criminalistic,” or otherwise flawed. The movement led to the sterilization of an estimated 70,000 Americans, and its concepts were eventually adapted and put into practice by the Nazi regime. Adam S. Cohen writes:

As eugenics grew in popularity, it took hold at the highest levels of Harvard. A. Lawrence Lowell, who served as president from 1909 to 1933, was an active supporter. Lowell, who worked to impose a quota on Jewish students and to keep black students from living in the Yard, was particularly concerned about immigration—and he joined the eugenicists in calling for sharp limits. “The need for homogeneity in a democracy,” he insisted, justified laws “resisting the influx of great numbers of a greatly different race.”

Harvard was more than just an ordinary participant in the conversation, though.

In part because of its overall prominence and influence on society, and in part because of its sheer enthusiasm, Harvard was more central to American eugenics than any other university. Harvard has, with some justification, been called the “brain trust” of twentieth-century eugenics, but the role it played is little remembered or remarked upon today. It is understandable that the University is not eager to recall its part in that tragically misguided intellectual movement—but it is a chapter too important to be forgotten.

Cohen’s article is terrifying, and readers should take the time to really read it, but Harvard is not the only esteemed institution at fault. Bill Schambra has written a number of times for NPQ about philanthropy’s role in the eugenics movement as a reminder that we must remain ever-vigilant to the machinations of social engineers amongst the privileged classes, amongst those who believe they know what is best for our collective future.—Ruth McCambridge