Harvard Business School Admits to Gender Bias—What about the Rest of Us Nonprofits? 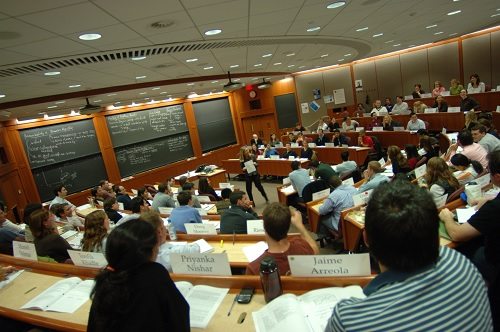 It is hard to whine about persistent gender bias in executive pay in this sector, since we are most of us working on serious issues that are far from self-referential, but the fact that the pay gap in the nonprofit sector is so wide should be cause for concern among nonprofit boards (themselves overloaded with white males). The GuideStar Compensation Report we covered two days ago in this newswire pointed to a convoluted picture in this sector. More women are actually in leadership positions over this sector’s organizations, but the proportion of women in CEO positions declines as the organizations get bigger and pay increases. Further, at every size of organization, a pay differential exists that favors the men.

The problem is that we are dealing with a deeply ingrained set of cultural beliefs that are subtle and invisible in individual instances, especially when viewed through the eyes of largely male board members. Board members are not looking to create gender equity in pay or opportunity when hiring a CEO, and like tends to elect like when it comes to hiring. Harvard Professor Robin Ely suggests that, “the gender challenge we face today is the challenge of ‘second-generation gender bias.’ Second-generation forms of gender bias aren’t the result of conscious, discriminatory intent; rather, they arise from a million micro interactions, cultural assumptions, and historic ways of doing business that still carry the imprint of our history of gender hierarchy.”

The Harvard Business School was recently featured by the New York Times for addressing its serious gender inequality, and its dean, Nitin Nohria, wrote that the act of raising the question of gender issues made them publicly discussible, and created a watershed moment from which there was no going back, though the work is nowhere near complete.

NPQ is interested in your thoughts – how do we create our watershed moment?—Ruth McCambridge