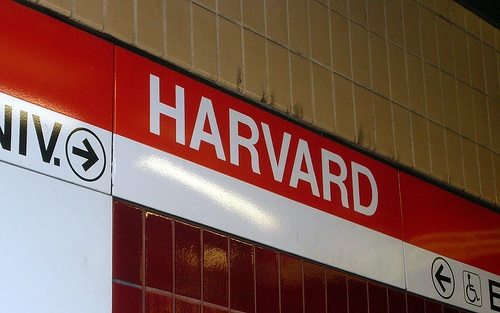 Harvard University recently announced a renewed effort to attract applications from qualified low-income and middle-income students across the country. Harvard, like many elite private universities, has used financial incentives and diversity-inspired goals to stimulate the admission of students with high intelligence and potential from modest backgrounds. Harvard’s past efforts, however, have not met with the desired success, so the school has launched the Harvard College Connection, designed to unite social media use with in-person outreach across the U.S. to boost applications and attendance from highly qualified low- and middle-income students.

Harvard’s challenge is also Harvard’s success. Its reputation as an elite university attended by scions of the wealthy for generations, with tuition and costs among the highest in the country, intimidates many academically eligible students of modest means. As a result, they don’t apply to Harvard or other elite universities, electing instead to attend less intimidating institutions.

To address this problem, Harvard’s message is fairly simple. Few realize that Harvard’s financial aid programs pay 100 percent of tuition, fees, room, and board for students from families earning less than $65,000 a year. Families with incomes from $65,000 to $150,000 pay between zero and 10 percent of their income. This means that, for 90 percent of families earning less than $150,000, a Harvard education is competitive with or less expensive than a public university in a student’s home state. Harvard stresses that most of the students qualifying for financial aid (about 60 percent of undergraduates) also receive travel allowances to keep them connected with home. Harvard also points out that a quarter of its current students come from families with less than $80,000 in annual income.

As if significant financial support weren’t enough to attract highly qualified applicants, Harvard also boasts an undergraduate graduation rate of 98 percent, the highest in the country. Harvard has about 6,500 undergraduate students and a total student population of about 21,000—an especially important consideration for first-generation students and families nervous about an “enormous university” experience.

Other aspects of Harvard’s new initiative include targeting younger students, encouraging them to take challenging coursework that would help them enter elite universities. Harvard will also be counseling students to look at elite schools closer to students’ homes, realizing that some students and families are resistant to geographic separation or the challenges of fitting in a long way from home.

Having a $30 billion endowment might help Harvard be generous with scholarships and financial aid, but neither the WBUR story nor the Harvard website identify the source of the funds being used to support low- and middle-income students.

For those challenging the warehousing of assets by major universities while charging elite fees, Harvard’s efforts appear to address these concerns in an assertive “bricks and clicks” merging of social media and traditional student recruitment while maintaining academic standards. It will be interesting to follow the initiative’s progress and evaluate its success for Harvard and for students needing assistance to fulfill their potential.—Michael Wyland