Have Reports of Bloomberg’s Philanthropic Exit Been Greatly Exaggerated? 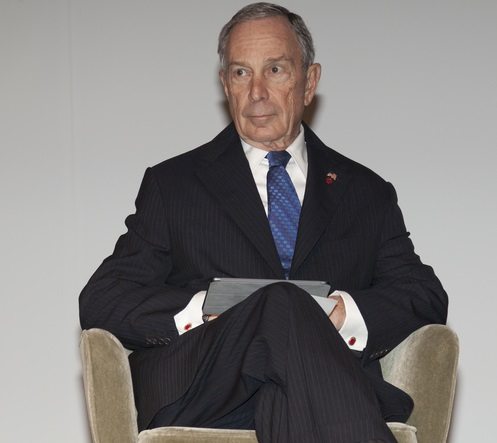 Once Michael Bloomberg had been elected mayor of New York City, he made it known to everyone that he did not intend to return full-time to the corporate media company that he founded and which had garnered him a fortune well into the billions— $32.8 billion, to be sort of precise. Upon leaving City Hall to his successor, Bill de Blasio, Bloomberg was widely expected to focus on philanthropy through his very active eponymous foundation.

Lo and behold, Bloomberg drifted back into Bloomberg LP little by little until, according to New York Times reporter Andrew Ross Sorkin, after eight months the former mayor seems to have decided to return full time to the business world. Sorkin reports that Bloomberg realized he was most excited by his work at the media company rather than using his philanthropy to take on high profile issues such as gun control and immigration.

Let’s presume for the moment that even a multi-tasking type like Bloomberg, who seemed to be able to oversee City Hall and his foundation at the same time, comes to believe that he can’t run on a full-time basis both a financial and media empire (with 15,000 employees) and a foundation (Bloomberg Philanthropies) with assets of $4.24 billion as of the end of 2012. In that case, if Sorkin’s reporting means that Mayor Mike has decided to devote himself to the business side of things just about exclusively, the foundation’s management changes—but how much?

Does Bloomberg really pull out of the management of the foundation? Our guess is that he doesn’t. In his annual letter on philanthropy, written after he left office as mayor, he outlined a number of issues that he committed the foundation to address and concluded, “Bloomberg Philanthropies is fully committed to tackling those challenges head-on. And as I dive more deeply into this work than ever before, I could not be more hopeful about the opportunities for change that exist.” Bloomberg may have fallen back in love with his business empire, but he has something of a missionary zeal for the role of his business in saving American media. It would be hard to see him viewing the $4 billion or more he has in the foundation as in a different, severable world from his vision for Bloomberg LP.

In Bloomberg Philanthropies, it doesn’t appear that Bloomberg has a titled role, either as its executive or on its board. The website refers to him as the “guiding force” behind the foundation. The grantmaking is really one aspect of Michael Bloomberg’s combined philanthropic activities, personal and institutional—and in some instances, political. On the website, the foundation is ostensibly led by his former deputy mayor, Patricia Harris, and the politically eclectic board serves, as the website notes, in an advisory role. Implicitly, the message is: Bloomberg calls the shots. It’s his money, regardless of the institutional construct through which he deploys part of his largesse.

If Bloomberg didn’t really call the shots, it would hard to imagine some of his board members necessarily going along with some of his philanthropic initiatives on climate change—particularly ending the use of coal for energy purposes—and his personal passion for strengthening gun control laws. Board members such as former Labor Secretary and former United Way CEO Elaine Chao (married to Senate Minority Leader Mitch McConnell), former Florida governor Jeb Bush, former Georgia senator and conservative Democrat Sam Nunn (father of senatorial candidate Michelle Nunn), Kenneth Chenault of American Express, John Mack from Morgan Stanley, former Treasury Secretary and once-Goldman Sachs CEO Hank Paulson, and others might wish to block elements of the Bloomberg Philanthropies agenda were they more than mere advisors, or were the foundation less directly controlled by the seventh wealthiest man in the U.S.

Moreover, the agenda the foundation carries out some of the agenda that Bloomberg had been pursuing as mayor. For example, consider his policy agenda in education: It’s an education reform agenda, much like his enthusiastic promotion of the proliferation of charter schools in New York City. That certainly explains the presence of New Jersey Senator Cory Booker on the board of Bloomberg Philanthropies, Booker having been an active proponent of charter schools and other privatization mechanisms prior to his election as mayor of Newark. The philanthropy’s website makes special note of Bloomberg’s partnership with Louisiana governor Bobby Jindal on education reform, even to the point of noting the former mayor’s support of political candidates in Louisiana more aligned with his education reform agenda, though clarifying that this political support was not done with 501(c)(3) philanthropic funds.

Here’s our guess. Bloomberg has a visionary approach to the world of business, much like his approach to philanthropy. In philanthropy, as the description on the Foundation Directory online notes, Bloomberg Philanthropies doesn’t accept unsolicited proposals. Rather, the foundation, like the business (in which he holds 88 percent ownership personally), is one of the arms of Mike Bloomberg, social (and political) visionary. One may or may not like some of his initiatives, but they are all of a piece. Bloomberg’s return to the business world, even supplanting the former deputy mayor he had placed at Bloomberg LP to run the show, shouldn’t mean any diminution of his direction and control—his guiding force—over Bloomberg Philanthropies. The idea of a Bloomberg Philanthropies cut adrift from its moorings in Mike Bloomberg’s vision for the world doesn’t seem likely.—Rick Cohen