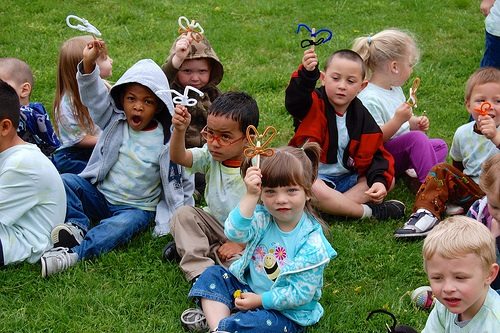 As many as 19,000 children across 20 states lost access to Head Start Tuesday as a result of the shutdown, according to the National Head Start Association. “On the heels of devastating sequester cuts which closed windows of opportunity for more the than 57,000 at-risk children who lost their Head Start slots, Washington’s budget battles have harmed even more of America’s most vulnerable families,” said Yasmina Vinci, executive director of the National Head Start Association, in a news release.

Grants are awarded around the calendar year, so during this shutdown, most programs will operate off their existing grants, but as of Tuesday, no new grants will be made until the shutdown concludes.

Some programs were hit twice. The Washington Post reports that Community Action of Franklin, Hampshire, and North Quabbin Regions in Western Massachusetts, a program that serves 500 children in Head Start, started its school year Monday—two weeks late—to make up for sequestration-related budget cuts. And, had the state not stepped in with bridge funds, it would have shut down on Tuesday, at least temporarily.—Ruth McCambridge