Healbe’s Indiegogo Campaign Should Serve as Red Flag for Crowdfunders 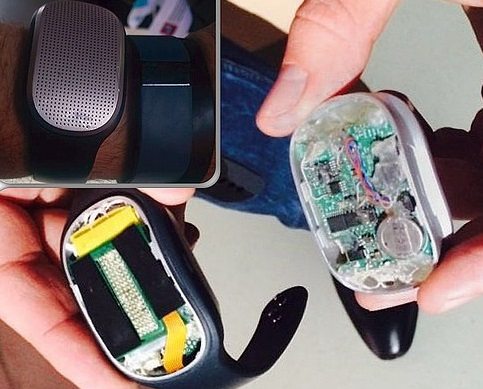 In the world of crowdfunding, at least in the media that isn’t part of the high-tech environment, coverage of entities like Indiegogo is nothing short of breathless, generally along the lines of, “I’ve got to get me some of that, too!” For example, Indiegogo’s recently announced “new look,” which “brings with it an optimized experience for mobile and tablet,” has attracted gushing attention. The elements include a more navigable and friendlier homepage for consumers and a new Indiegogo Playbook compressing knowledge from support staff on successful campaigns for entrepreneurs. CNBC touted Indiegogo’s global expansion plans, drawing on $40 million invested by Institutional Venture Partners and Kleiner Perkins Caufield & Byers (yes, that Tom Perkins, known for his comparison of Occupy Wall Street to Nazis on Kristallnacht). CNN Money (Fortune) highlighted tips for productivity and success from Indiegogo co-founder Slava Rubin, while a site called Refinery29 named Indiegogo co-founder Danae Ringelmann as one of five “Powerhouse Women Paying it Forward” (along with Donna Karan and The Nation’s Katrina Vanden Heuvel, among others).

Some people don’t love Indiegogo quite so much. For a few weeks now, James Robinson at Pando Daily, an online Silicon Valley journal, has been pounding the stuffing out of Indiegogo for its campaign raising money for an entity called Healbe. In late March, Robinson wrote an article about what was looking like a fabulously successful Healbe crowdfunding campaign—$730,294 from 3,253 backers at that time toward a goal of $1 million—for a wearable device called the “GoBe.” Through sensors on the instrument, the GoBe could give the wearer an accurate calorie count of everything eaten measured against the wearer’s energy consumption. For a San Francisco startup company, this was a story of a great product capitalized through a great campaign—except that Robinson quickly learned that Healbe isn’t based in San Francisco, but is operated out of Russia. He had trouble catching up with Healbe representatives or finding research that justified the science behind the GoBe. He also couldn’t figure out what Indiegogo had done, if anything, to assure investors and purchasers that the GoBe wasn’t a fraud. So, like a good investigative reporter, he decided to keep on digging.

At the end of March, Robinson reported that Healbe’s fundraising tally had reached $880,000 and would possibly top $1 million by the end of the campaign on April 15th. He also found “more experts…speaking out about the snake oil science” supporting the Healbe product. The purported San Francisco company, Robinson learned, was no more, at least in the U.S., than a U.S. lawyer, a dummy corporation, and a PR firm in New Hampshire. Healbe kept raising money without delivering the scientific evidence to back up any of the claims for the GoBe, suggesting it would have a video ready for television by April 15th—after the Indiegogo campaign was to end.

Robinson still couldn’t figure out quite how Indiegogo had let Healbe pass its fraud-detection filters, given the extensive scientific criticism of the GoBe and the company’s lack of scientific support, and he pointed out that Healbe wasn’t going to ship its product until June at the earliest, with no particular recourse for purchasers who might not be happy with a possibly fraudulent piece of crap. Why wouldn’t Indiegogo call a halt to the Healbe campaign until it received good evidence that the GoBe could do what the company claimed? No answer, but Indiegogo would be receiving four percent of whatever Healbe raised by April 15th, a good haul for the company.

With Robinson’s pressure on Healbe and Indiegogo increasing, Healbe then issued some FAQs, but the story of Healbe, GoBe, and Indiegogo deteriorated further toward fraud. “The new FAQs simply add to the number of questions around the company’s miracle calorie counting wristband, rather than answering any,” Robinson wrote. “Promised patent information and internal company research is completely skipped over, and instead the company doubles down on some of its already debunked science, walks back on others and provides a garbled, confusing company history that now centers around—hold your breath—a Russian science fiction author.”

More experts debunked Healbe’s revised answers about the science behind the GoBe. Healbe itself increased the margin of error on its unworkable device to 15-20 percent, and Robinson still couldn’t find any evidence of the patents Healbe claimed. With the story getting murkier (and with the sci-fi inspiration, funnier), Robinson wrote, “At this point, its [sic] unclear even whether Healbe believes its own claims or is just playing some grand million dollar prank on its customers, and the media. A practical joke in which Indiegogo is unforgivably, almost criminally complicit.”

In a great coup of investigative reporting, Robinson discovered, a little over a week ago, that Indiegogo finally took action—by altering its fraud policy. In the wake of Pando Daily’s unrelenting investigation, Indiegogo deleted its statement that all campaigns go through a rigorous fraud detection review. Only days before the end of the campaign, when the money would be sent to Healbe’s account, Indiegogo was still refusing to suspend the campaign, but consumers were beginning to flood the campaign website with demands for refunds, though Indiegogo’s policy is that all contributions are non-refundable. The fundraising total a week before the end of the campaign had reached $976,000.

Indiegogo communications and marketing head Shannon Swallow had told Robinson early on by email that Indiegogo “did investigate this campaign. That’s why we could make the statement to you that at this time we have no reason to believe it’s fraud.” Robinson then took apart Indiegogo’s shockingly thin fraud detection process as applied to Healbe, concluding, “Not only is Indiegogo ignoring the crowd, it’s also complicit in a scam that’s about to rob that same crowd of close to a million dollars.” Yesterday, Robinson reported that Healbe’s New Hampshire-based PR firm, MicroArts Creative Agency, launched an effort to counter the bad press with comments on the Indiegogo/Healbe campaign website’s comment section.

The lesson for nonprofits? It’s really a lesson for the donor-investors. According to Matt Burns at TechCrunch, TechCrunch was told by “a person close to the matter at Indiegogo” that it doesn’t view itself as responsible if the GoBe doesn’t work or doesn’t ship. (The date Healbe says it will ship has been moved from June to July). Burns writes, “The same is true of projects on any crowdfunding platform. In short, the platforms are the medium and whether or not customers trust and fund a project is entirely out of their hands…. So who loses if the gamble doesn’t pay off? The customer, primarily, which is why these projects should always carry a healthy dose of caveat emptor.”

Writing for TheVerge, Vlad Savov is equally to the point when he asks, “How do you trust a platform that promotes mind-reading pet gadgets?” Referring specifically to Indiegogo, as opposed to mindreading, he provides advice to both donors and Indiegogo itself:

“The great irony of crowdfunding is that it ultimately boils down to a direct one-to-one relationship between a project’s creator and individual backers. Indiegogo is the middleman in that relationship: it connects, it facilitates, but it doesn’t actually assume any of the legal responsibility. The full terms and conditions of using the service articulate that point repeatedly, however the warm and friendly presentation, plus highly visible crowdfunded successes like the Oculus Rift, may well lull potential backers into a false sense of security. In the end, Indiegogo’s greatest risk may be to itself—if it doesn’t evolve to provide better tools for assessing projects and real checks and balances to weed out the dubious ones, it may lose the one indispensable contribution from all of its users: their trust.”