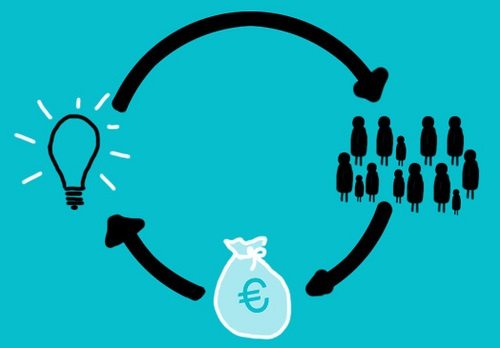 One thing that cannot be denied about Social Impact Bonds is the creativity of SIB enthusiasts, exploring venues in which SIBs might be deployed and mechanisms through which they can be funded and subsidized. On the former, one interesting idea from the UK has Streetkleen Bio, a social enterprise focused on reducing the social and environmental impact of dog waste, exploring SIBs to fund its PooPrints DNA program, with the potential social cost benefit of community health and well-being.

On the financing side, Erdem Ovacik is a SIB promoter who is also committed to expanding direct democracy. His idea is “to make [the] number of persons invested in the SIB a success-parameter in the procurement of SIBs. In other words, making the number of citizens on the SIB a part of the SIB scoring, and preferring to accept SIB contracts that involves [a] greater number of citizens.”

As he notes, the current array of SIBs have been funded in the UK by foundations, special social impact funds, and pension funds, and in the U.S. by big Wall Street investment banks like Goldman Sachs. The attraction is, in part, the “7-15 percent annual return based on the track record of SIBs so far,” according to Ovacik, a return that is a lot better than most alternative investments and, if focused on SIBs that are pretty much sure bets (like Goldman’s investment in early childhood education SIBs in Salt Lake City and Chicago), not particularly risky.

Ovacik suggests that citizens “do not have access to fund or affect these (SIB) instruments at this time.” He believes that broader citizen engagement and investment in SIBs would be beneficial in ways that institutional investors such as foundations or Wall Street can’t deliver, including generating broader public support for the SIB projects, providing potential volunteers, participating in the board meetings of the SIB implementing agencies, and “report[ing] back to [the] public about challenges and successes achieved by the SIB.”

The mechanism for this could be crowdfunding. Ovacik suggests that crowdfunding platforms such as Ethex, MicroGenius, Abundance, and Trillionfund possess “the technical capability and access to investors with social profile to facilitate the crowdfunding process.”

To Ovacik, this idea is “politically not challenging.” In a way, however, he is addressing a fundamental concern that SIB critics have raised. In the U.S., the current dependence of SIBs on institutional investors such as Goldman or Bank of America raises the question of who is calling the shots on this emerging instrument for social policy. If the selection of social programs warranting public support is going to be tied to the willingness of Wall Street investment houses to put in money upfront, there is no way to avoid the implication that Wall Street will be highly influential in signaling to government and nonprofits what kinds of SIB projects merit support and what kinds don’t. Ovacik’s idea is to shift some of that SIB project selection to a broader public, small-“d” democratic process. He doesn’t think it’s politically challenging, but it might be, as institutional investors and the coterie of SIB packagers ponder how crowdfunded SIBs change the nature of their business model.

Bet that crowdfunding would make a PooPrints an attractive SIB. —Rick Cohen